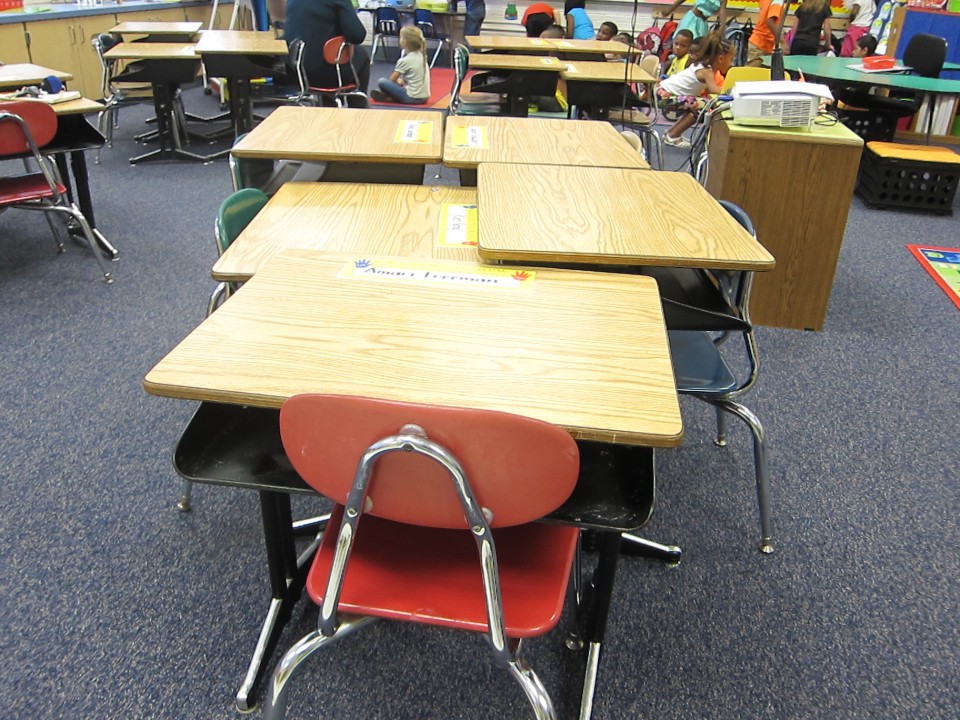 That’s the dilemma that classroom teachers across the country — and in the Pensacola metro area — face when fighting the battle against chronic absenteeism.

The Associated Press analyzed federal data about absenteeism in early June. They found that Florida had the lowest rate of chronic absenteeism — about 4.5 percent of the state’s students were missing three weeks or more of school a year.

Escambia’s overall 7.6 percent chronic absentee rate for the 2015 school year puts it among the 14 best districts in the state.

At the elementary school level of data, Escambia County has a 4.2 percent chronic absenteeism rate; Santa Rosa schools have a 2 percent rate. 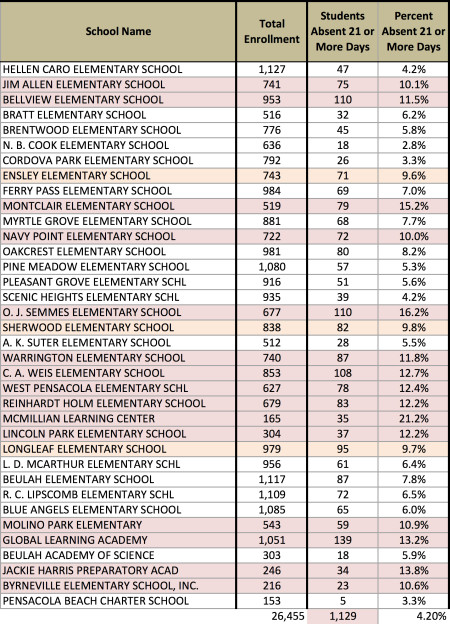 Chronic absenteeism rates at Escambia County schools for 2014-2015 school year. Schools in read have higher than 10 percent chronic absenteeism; schools in orange are near that mark. Source: Florida Department of Education data.

Linda Maletsidis, director of elementary education for the Escambia district, said the local challenges with attendance extend from chronic absenteeism in to tardies — children who are chronically late to school or who routinely leave early.

It is a problem she said that administrators in Santa Rosa County face as well. 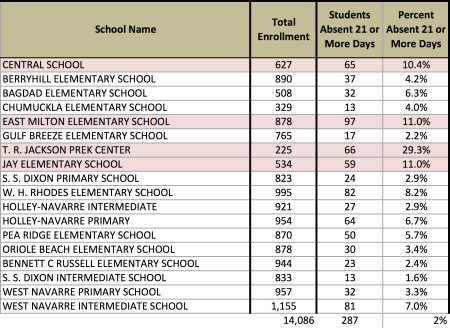 “When a child comes in late, they are late all day,” she says. “They can’t catch up. We want parents to be able to support us by getting their child to school on time, because we begin the academics immediately. We don’t have a half-hour, 45 minutes before we begin. We do bell to bell instruction.”

Debra Simpkins is principal of Holm Elementary on Lanier Drive in northeast Pensacola. She says families with attendance issues come from in the school’s attendance zone and outside of it. Enrollment at Holm last year was 503 students.

Holm is near Workman Middle School and some of her families with a middle schooler and an elementary student who lived out of the attendance zone, transportation was an issue.

“Some of them are waiting until middle school starts to bring their elementary schooler. That’s a big one that we see,” Simpkins says. “Middle school starts at 8:30. It’s transportation — they’re out of district, they’re going to make one trip.”

But Holm is one of 13 district elementary schools on an early-start schedule. When school starts at 7:15 a.m. and instruction begins, Simpkins says, reading is the first subject.

At Holm, where 100 percent of the students are eligible for free school meals, late arrivals mean those students also miss breakfast.

Simpkins says she is in the main office when parents arrive to check in their late students so that she can talk with them about what’s going on individually.

At Blue Angels Elementary School, Principal Karen Montgomery says transportation issues are at the root of many attendance issues. Last year there were 960 students enrolled at Blue Angels, which had nine kindergarten classrooms.

Montgomery occasionally convenes small group meetings of parents with attendance problems to try to reinforce the importance of being on time — and to see if there are other issues affecting the family that could be in play.

“There are times when a parent asks to talk to me and that’s when you find maybe you have somebody who’s homeless,” Montgomery says. “I had someone living in a hotel and they only had a vehicle three days a week. That’s when you can make accommodations. To me it’s important to hear the parents story.”

Simpkins last year instituted “no tardy parties” — days she chooses at random to have a school party that only children with no tardies may attend.

“That got them coming,” she says. “You’ll hear them in the office, ‘Oh mom, I’m going to miss the no-tardy party.’ It’s ended a lot of those chronic ones.”

Montgomery, whose school of more than 900 students sees a lot of out-of-district students using school choice to attend Blue Angels, says sometimes if the attendance issues continue, students may have to return to their neighborhood school.

But listening to parents is key, both principals say.

“In one case I had two parents with cancer and none of us knew it and that accounted for the parents being too ill to bring the children and of course we’re going to help you,” Montgomery says.

“We’ve had a couple who had to move into a motel because they lost their home,” she says.