Have you ever thought about how your mind tells the difference between an apple and a plumb? Or a screwdriver and an ice pick?

Now, how would you explain those differences to a machine? 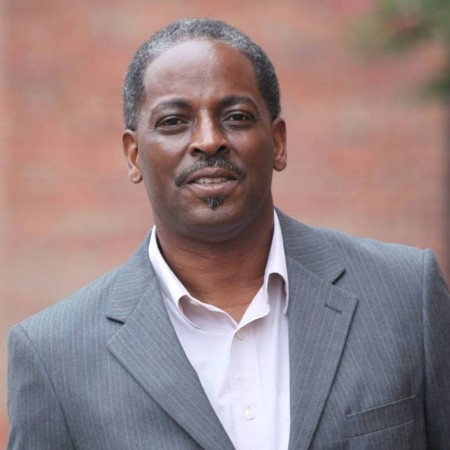 “Cognitive Big Data Systems is a software and firmware startup company that builds and sells sensor-based neural memories of objects, images, pets, animals, people and data for use in robots and security systems,” said Lloyd Reshard, who founded the company in 2014 along with Stephen Thaler and Vercell Vance.

“The company was founded with a vision to gain market share in the rapidly growing cognitive computing sector, service robots and both the consumer and industrial Internet of things."

The company is hard at work helping technological devices see and understand.

“We are building vision systems for a haptic robot called Dexter, a humanoid robot called NAO and for video surveillance that can use our data and sensor-based neural memories,” Reshard said.

The company was founded in May 2014 as a project to compete in Innovation Coast’s first Innovation Awards. The event is a business plan competition and capital-acceleration opportunity.

In the inaugural year, the top 20 companies were selected by a panel of experts to showcase their products and services before an audience of entrepreneurs, industry leaders, potential investors and strategic partners.

As a result of the Innovation Awards, Cognitive Big Data Systems established a partnership with Microsoft and received more than $150,000 in Azure cloud services.

“Additionally as a result of pitching the Innovation Coast and (Gulf Coast Center for Innovation and Entrepreneurship) Demo Day in May, we made a connection to the city of Fort Walton Beach's Venture Hive’s accelerator program for veterans where we received a $25,000 grant and training to build a highly scalable business,” Reshard said.

Venture Hive is a business accelerator that consists of an intensive, full-time 12-week structured program providing selected veteran-owned tech businesses access to a dedicated group of business coaches, highly customized training and a relevant network to scale their ventures.

"Cognitive Big Data Systems was chosen (for Venture Hive) because they are a veteran-owned, viable and scalable technology business that is unique to the Fort Walton Beach/Emerald Coast area," said Dustin Gautney, Venture Hive's program manager.

The three founders of Cognitive Big Data Systems have backgrounds with the U.S. Air Force.

In April 2012, Reshard retired after 26 years with the Air Force Research Laboratory, where he spent his last six years as the chief of the Munitions Aerodynamics Sciences Branch. He met Thaler and Vance in the 1990s while they were contractors at Eglin Air Force Base in Okaloosa County.

Reshard is the company’s CEO. Thaler serves as the chief science officer, while Vance is the chief operating officer.

Thaler’s know-how is what allows Big Cognitive Data Systems to do what it does.

“I own many fundamental patents in the area of memory and idea formation in neural networks,” Thaler said. “Pride aside, I am the inventor of many of the techniques used to data mine with neural nets, and we hope to take advantage of our unique (intellectual property) position.”

Vance sees a very bright future for the company.

"I see us growing over the next seven to 10 years as significant leader in the cognitive realm with revenues upward of $500 million. In addition to software systems, I see CBDS developing unique hardware systems to solve intractable grand challenge problems in science, technology, engineering, mathematics and manufacturing."

Since getting started, the company has added a fourth team member, Dr. Chandra Curtis, the company’s chief technology officer. Reshard said he intends to grow the company further.

“We plan to fully staff our company from an administrative, marketing and product development standpoint as we get traction from sales and venture funding,” he said.

Reshard said the company was founded in Pensacola because it was where he was living at the time. And he hopes the company will always be here.

“My goal is to grow a pipeline of local talent through the local regional universities and leverage startup programs to get the immediate business and technical expertise,” he said. “We would like to help put Northwest Florida on the map for high tech companies.”