EntreCon: The smarts behind Elf on the Shelf 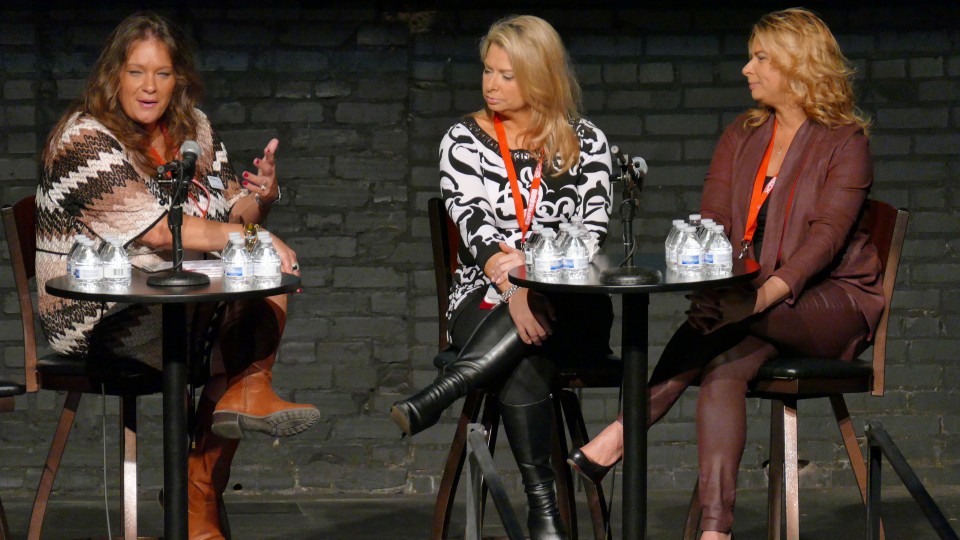 Lisa Nellessen-Lara, Executive Editor of the Pensacola News Journal, interviews Chanda Bell and Christa Pitts of The Elf on the Shelf creations during the Entrecon seminar held Thursday at the Rex Theatre.

Family is, in fact, the key to their success

The sisters and their mother created Elf on the Shelf out of a tradition they had in their own family. The idea to share it with the world came in 2005 from the kitchen table. Now if you have young children in your household, chances are, you have Pitts and Bell in your house at the holidays as well.

“My mom and I just set out to write a story about our family tradition,” Bell said. “It was something good for my mom and I to do together. We started out financing this on credit cards. No one would lend to us.”

When no publishing house would take it, they self-published. It was something they knew nothing about.

“We had no money at all,” Bell said. “We just kept taking these leaps of faith.”

There was nothing like it when they began. And because no one knew where they fit in the market — with a children’s book and a toy, but one that required parents to actively participate as well as kids — they ended up doing much of it themselves.

Those leaps of faith were made with strategy in mind.

Bell is the creative force of the company; Pitts, who has a marketing background and was a QVC host, is the detail-minded one. 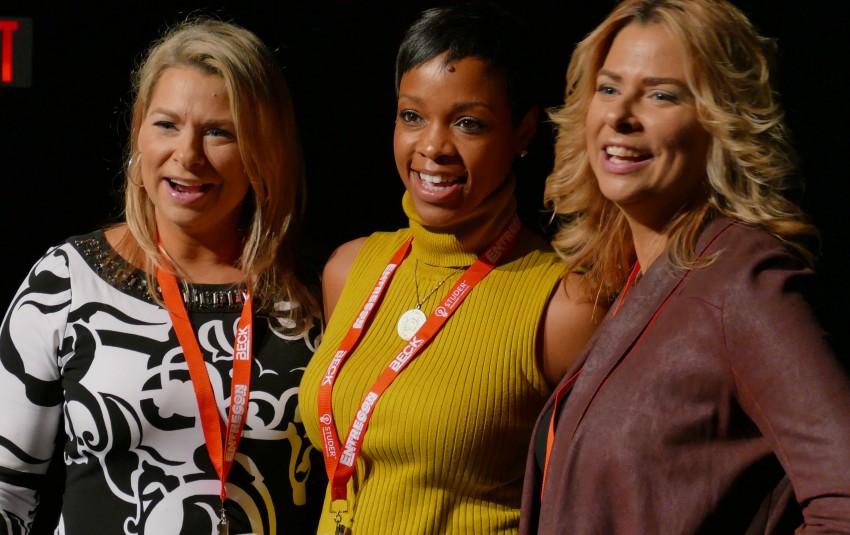 Tia Robbins, center, was one of the guests attending the Entrecon seminar Thursday at the Rex Theatre, She is shown here having her photo taken with Chanda Bell, left, and Christa Pitts, right, of Elf on the Shelf Fame following their speech before the audience as part of the seminar Thursday morning.

They focused on making the Elf on the Shelf permeated the market in their town; then in their state; then their region.

They strategically sold the elves at first at every places like Junior League holiday sale events, tapping into an audience that would appreciate the family-focused theme of the book and elf — and would be likely to share it with others.

They are personable, smart and passionate about their product.

Ultimately they found the Small Business Development Center in their community, which was a help.

“Culture is key in our environment,” Pitts says, so they hire people who believe in that culture. Everyone at Elf on the Shelf works for Santa — and if you don’t believe it fully, you don’t last long.

Pitts says a bit of advice they got from a mentor — “Hire for where you’re going, not for where you are” — is one they still use.

“Finding the right people is a huge challenge for us,” Pitts says.

As they grew, Pitts said they committed their values about the company was to paper and formalized it into something they dubbed FIRE — family focus, integrity, respect, excellence.

It is the touchstone of every business decision they make to this day.

“Creating family moments is what we do,” Bell says.