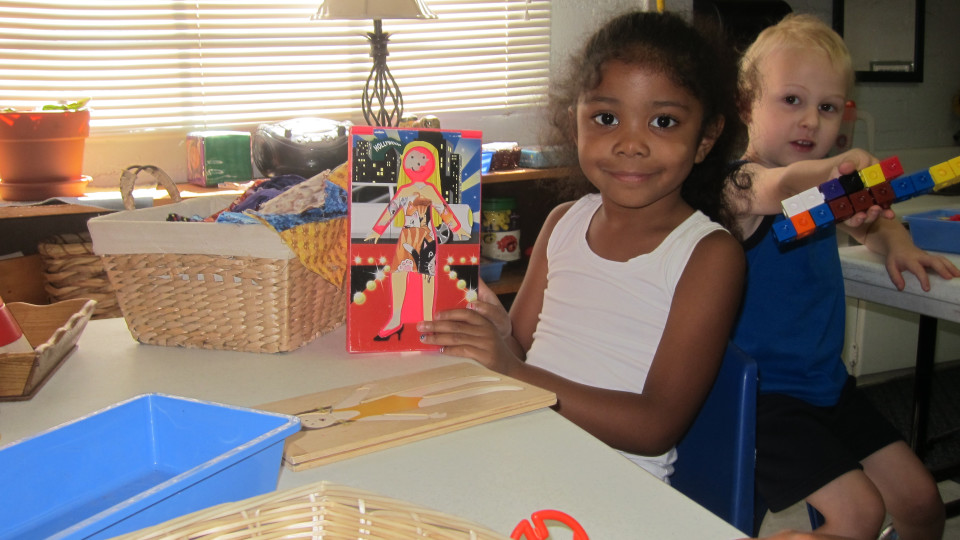 But it is mind-boggling in today’s technological advanced, market-driven global world that, when it comes to early education, we have become one of the worst developed countries for children under 5.

In “Why Does America Invest So Little in Their Children,” the Atlantic’s Lillian Mongeau writes:

On every level — local, state, and federal — this country invests little to nothing in the first five years of a child’s life, putting it decades and dollars behind the rest of the developed world.

Our state, of course, is no exception.

The good news is that Florida is among only three states that offer prekindergarten for all 4-year-olds — Georgia and Oklahoma being the others. More than 175,000 4-year-olds statewide participate in VPK, which is 77 percent of all eligible children.

The bad news: In the first year of VPK in 2002, the state allotted $2,500 for early learning per child. The allotment now is $2,437 for each child in VPK, less than when it started more than a decade ago.

When will policymakers realize the grave importance of early learning and began investing fully and adequately in real quality early education?

Research shows that kindergarten readiness is among the most important measures of a child’s academic progress. Children who are behind in kindergarten are more likely to be behind in third-grade reading, and they rarely catch up throughout their school careers.

And it shows that only 66 percent of Escambia’s children are ready for kindergarten. That makes it critically important that we invest in those children before they get to school. That means making quality preschool and early childhood education a top priority in our community.

A major component of having a quality child-care program is the teachers, and if you don’t offer a lucrative or fair salary for them, then you won’t always get the best teachers. Having quality teachers is as important in preschool as it is in kindergarten and beyond.

The U.S. Department of Education and Health Services co-released a report that identifies striking gaps between the pay offered to kindergarten teachers vs. those who teach preschool or early childhood education.

The median hourly wage in the Pensacola metro area is $9.27 for childcare workers, which comes to $19,281 a year, according to the Florida Department of Economic Opportunity. The state median wage is $9.55, or $19,864 a year.

Obviously, money is a serious impediment to improving and expanding early education. It would be a tremendous expense to pay prekindergarten teachers on the same level as K-12 teachers.

But many communities are finding ways to make the investments in children at an early age, and while the costs are high, the returns often are higher.

While the return on such an investment could run as high as $7.20 for every $1 spent, according to research out of the University of Minnesota, the initial outlay would be substantial. Many cities and states that have beefed up preschool programs in recent years have levied new taxes to cover their costs. Obama’s 2013 proposal to spend an additional $75 billion over 10 years to expand preschool access called for a new federal tobacco tax. It died in committee in both houses.

Another and no less important way to reach children often and early is in their homes, or even earlier through visits with expectant mothers.

It has often been said the home is the first school, and parents are the first teachers. Research shows that the relationship children have with their parents and other caregivers are vital to early childhood development. These relationships are the foundation of the approach to promoting child development through home visits.

Assigning nurses or social workers to visit pregnant women at home and help them through pregnancy, childbirth, and the first years of their child’s life has been shown to have enormous positive impact.

A nonprofit in Martin and St. Lucie counties has for nearly two decades conducted a home-visit program for all new parents that focuses on the importance of early brain development

Throughout Northwest Florida are a number of agencies and organizations that offer a variety of voluntary in-home service at no cost to families that qualify.

Home visiting, in fact, is one of many tools used to prevent child abuse and improve child well being by providing education and services in homes through parent education and connection to community resources.

Whether through state, local or federal tax levies, better-paid and trained teachers or more focus on in-home visits, we have to show that early education is a priority that requires our best investment.

It disheartening that in 2012, the Atlantic reports, the U.S. ranked 35th among developed economies in pre-primary- or primary-school enrollment for 3- to 5-year-olds, according to the Organization for Economic Co-operation and Development (OECD), an international economic association.

“I think we value our children less than other nations do,” said Arne Duncan, the former U.S. secretary of education who pushed hard for increased federal investment in early care and education during his seven-year tenure in the Obama administration. “I don’t have an easier or softer or kinder way to say that.”