Is Garcon Point bridge toll worth taking to court? 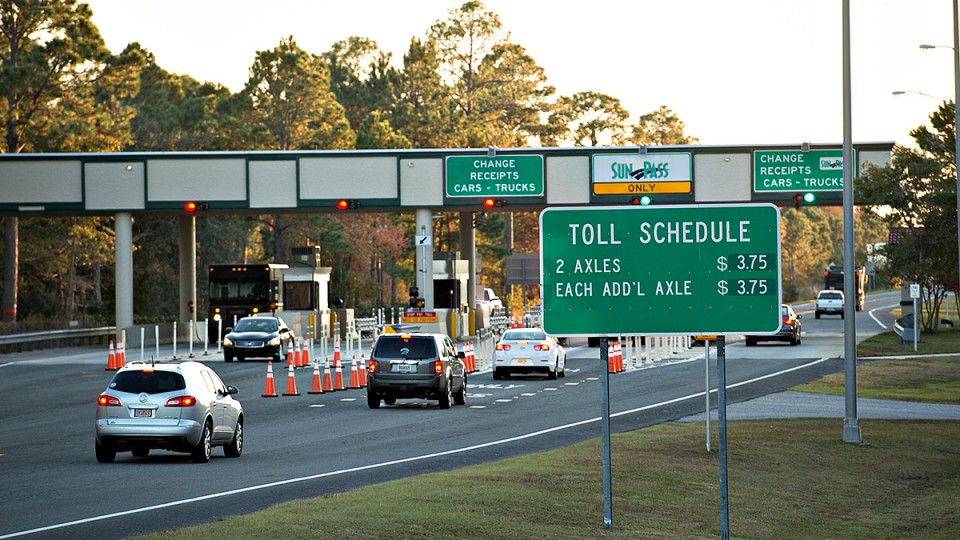 Whether the toll on the Garcon Point Bridge will go up to $5 depends on the bondholders' appetite for taking the state to court. Photo credit: Michael Spooneybarger

Whether the fight to increase the toll on the Garcon Point Bridge is over will depend on whether the bondholders have the stomach – and the cash – to take the matter to court.

Investors who hold the $95 million in bonds that funded construction of the bridge were sent notice
Sept. 8 from the Bank of New York Mellon telling them that Florida Department of Transportation has refused to institute a requested increase in tolls on the span and the only option is to take the state to court.

Opening in May 1999, the Garcon Point Bridge has never met its financial obligations. While the bridge was authorized by the Legislature, it was funded with bonds purchased by private investors who believed they were guaranteed a set return.

The bridge was meant to improve the quality of life in Santa Rosa County by making the commute between north and south county easier as the population boomed. While Santa Rosa has seen its population boom between 2000 and 2015 – from about 118,000 to about 167,000 – that growth has not been enough to make the bridge solvent.

Population growth is one of the 16 metrics measured in the Studer Community Institute Dashboard. Those 16 metrics were developed with the University of West Florida to measure the economic, educational and social well-being and quality of life in the Pensacola metro area.

The dashboard also tracks per capita income. A toll increase, potentially impacting many people who use the bridge to get to and from work or school, could put added burden on Santa Rosa residents, where per capita income is $37,739, which is below the state average of $42,645.

The bank – acting as trustee of the bonds – asked the state to increase the bridge’s one-way cash toll from $3.75 to $5 to help recover the defaulted debt.

“The trustee will file suit against FDOT provided it receives direction and satisfactory indemnity against the costs, expenses and liabilities, including attorneys' fees and expenses, that may be incurred in connection therewith from bondholders,” the letter read.

“However, absent such direction and indemnity, the trustee is unwilling to file suit against FDOT at the present time given, among other things, the costs of such litigation and the potential damage to bondholders.”

The letter provided an address for bondholders to offer feedback to the bank, but did not include a deadline. The letter also included contact information for the FDOT if bondholders wish to contact the department directly.

Kevin Heine, the representative of the Bank of New York Mellon who provided the notice to the Studer Community Institute, declined to say whether the bank is actively polling bondholders or if there is a deadline by which the trustee would decide whether to file suit.

State Rep. Doug Broxson, R-Gulf Breeze, has been working to avoid the increase since New York Mellon first sent a letter on Nov. 6, 2014, requesting the toll be increased.

However, that board has been empty since December 2014 when the last member resigned.

In March, the New York Mellon requested that the FDOT administratively increase the toll, but DOT refused.

“The state’s position is very clear,” Broxson said. “They created this document that says how they are going to operate, but they don’t have a partner who allows then to implement it. We’re not going to be a fallback position.”