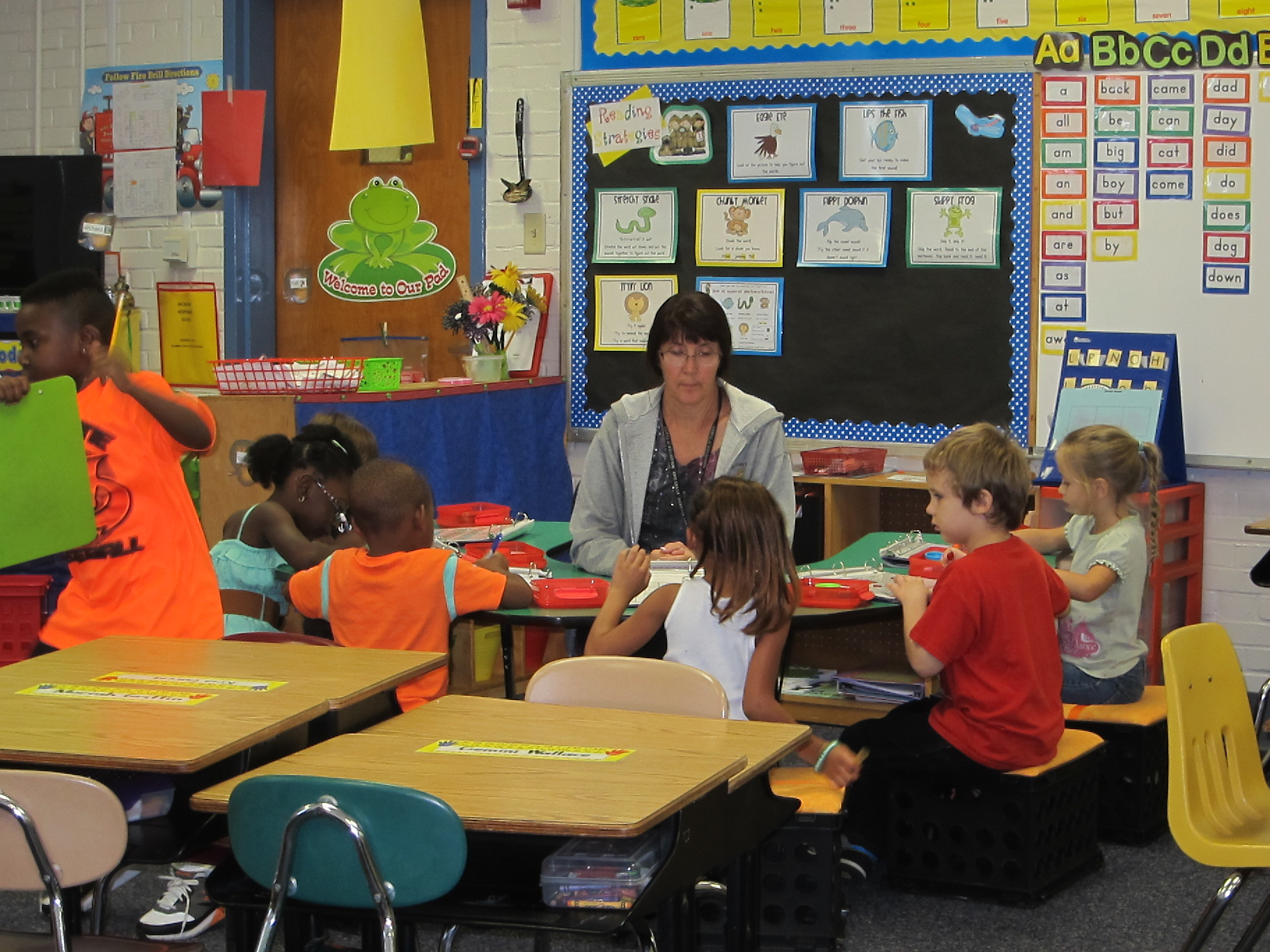 They say a journey of 1,000 miles begins with a single step.

In that case, Escambia County is making some of those steps when it comes to the school readiness of our children.

— Escambia’s kindergarten readiness rate has increased from 45 percent to 47 percent — of the 2,799 children who were screened last fall, 1,309 earned a score that meant they were ready for school.

“There is still a lot of work to do,” Thomas says. “Too many students in this data who are not ready to start kindergarten that first day. That becomes a huge issue as that moves forward.”

It is the third year for the state’s Star Early Literacy screening test, which was chosen in 2017 as part of an effort to provide continuity in the realm of kindergarten readiness screening in the state.

Tracking and publicly reporting the school readiness of a district’s students has been an uneven process. For example, data from 2014 showed that in Escambia County, 66 percent of children were ready for school based on two evaluations — Florida Assessment for Instruction in Reading (FAIR-K) and Work Sampling Survey (WSS), which leans toward gauging social, emotional and physical development.

The test became an all-electronic format, but technical glitches, the need for classroom substitutes to cover while the teachers did the evaluation and other issues with the system led the state to discontinue FAIR.

That left only the Work Sampling Survey piece in wide use. Florida lawmakers instructed the Office of Early Learning not to issue readiness rates for the 2014-2015 and 2015-2016 school years. Questions arose about the validity of the data given the issues with administering the FLKRS.

So while the incremental progress is a good sign, Thomas says we are “far from a place where we can let our guard down.”

— Of 17 similarly sized counties (a group that includes highest ranked St. Johns), Escambia is in a three-way tie for 14th place with St. Lucie and Charlotte counties.

“They are the schools that had the greatest distance to go. Warrington Weis, Ensley, those are the ones that have the biggest challenge, but they are the communities that are facing the biggest challenge, from resources for parents, to resources to just be a good parent,” Thomas says. “Access to resources, access to healthcare, all of those things are components that play into students being ready for school.”

“The consciousness level in our community has risen I do think that is paying off,” Thomas says. “By the time we get to this measurement at 5, it’s too late. The bottom line is, the parent is the child’s first teacher. For some, they may not have wanted that role, but they have it. If they don’t do their part, those children are going to be behind. We can’t roll that clock back.

“Those basics, sound, letter relationship, vocabulary and only comes through experience and exposure,” Thomas says. “As parents of young children and grandparents that were all looking over their shoulder and all trying to do their part so they will be ready for this new world we’re in. The world we live in demands a greater cognitive skill set than has ever been needed before.”

The other side of the school readiness coin is the readiness rates of the preschools which send our children to kindergarten.

Based upon how kindergartners perform on the STAR assessment, the voluntary prekindergarten providers (VPK) are assigned a rate of their own. The state sets the threshold at 60 percent of students testing ready for a VPK provider to stay off of probation.

Bruce Watson is executive director of the Early Learning Coalition of Escambia County, which administers the VPK program in Escambia County. There are 61 contracted VPK providers in the county.

Last year only 14 of those sites were in Escambia public schools. The rest are private centers.

Watson says 18 of those 61 providers are on probation for this year. Providers on probation must use a professional development plan for their staff and they receive additional coaching and monitoring from Coalition staff.

“My staff is working closely with the providers who are probationary,” Watson says.

A rule change for this year allowed providers to incorporate learning gains on the VPK assessments. It’s a way to help take into account the fact that children who had a long way to go did make up developmental and academic ground in their VPK year — even if they didn’t ultimately reach the readiness threshold.

“That gives our providers some semblance of credit for the efforts they provide our children,” Watson says.

An important takeaway in Watson’s eyes — ”The story is, VPK works.”

If you compare the readiness rates of children who finished VPK to those who did not finish — or didn’t attend at all — that bears out.

— In Escambia, 59 percent of VPK completers were ready as compared to only 47 percent of all kindergartners.

— In Santa Rosa, 63 percent of VPK completers were ready compared to 57 percent of all students.

— Statewide, 63 percent of VPK completers were ready compared to 53 percent overall. Of students who had no VPK at all, only 39 percent were ready.

“This proves that VPK matters,” Watson says. “Children who complete VPK are better prepared to enter kindergarten than those who do not. Obviously it cannot overcome all the issues associated with why our children are not ready, but it does make a difference for a great many of them.” 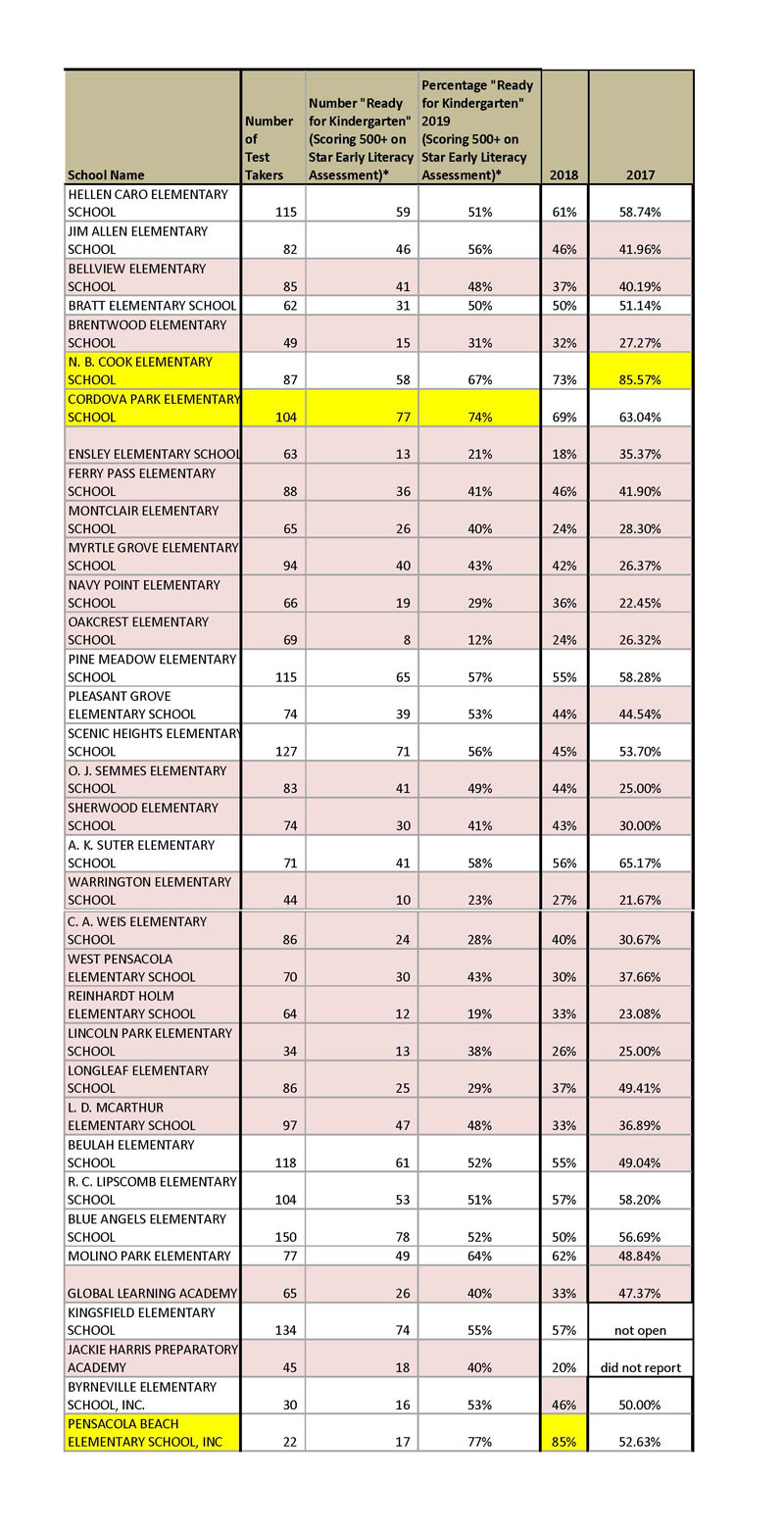