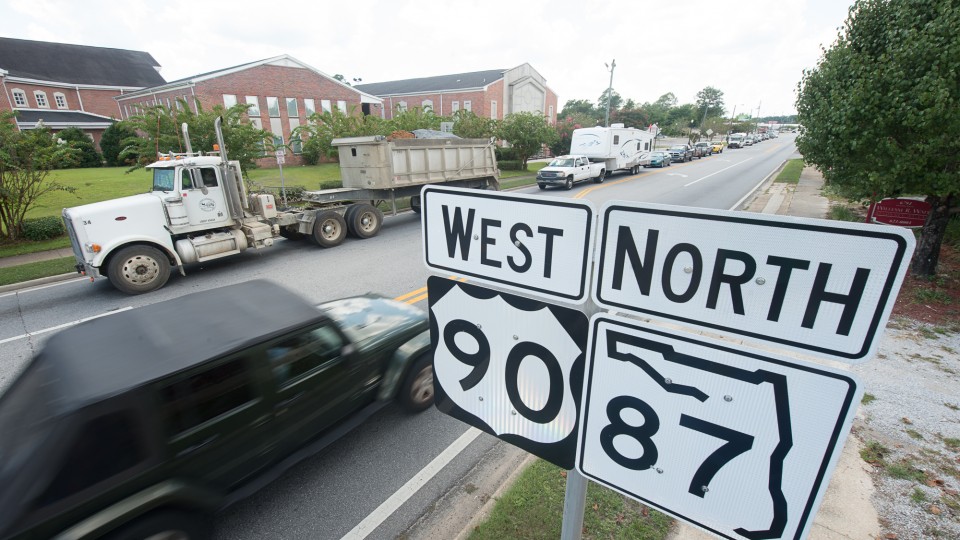 Santa Rosa County’s population has grown 42 percent from 2000 to 2015 according to data from the Pensacola Metro Dashboard. That boom is straining infrastructure — including busy U.S. 90.

But Milton Mayor Wesley Meiss thinks the price of progress as proposed by the Florida Department of Transportation is too high.

Meiss believes each of the four options offered by the state will devastate his town’s the historic core, damaging the very character that Meiss and others believe contribute to Milton’s quality of life.

Meiss wants residents to attend a public meeting at 5:30 p.m. Tuesday, Sept. 1, “to protect our historic district from a devastating four lane,” Meiss said. “The district is one of Milton’s greatest assets and should not be sacrificed."

The Florida Department of Transportation is hosting a public input meeting at 5:30 p.m. on Tuesday, Sept. 1, at the Santa Rosa County Auditorium, 4530 Spikes Way, Milton.

DOT will present a plan with four alternatives to increase traffic capacity between Glover Lane on the west and State Road 87 in East Milton.

Tuesday's meeting will include a short presentation and an informal open house.  Representatives from DOT will be on hand to discuss the plan, answer questions and receive comments.

"Each option poses a threat to (the Milton Historic District), with the worst option proposing a four lane straight through the middle of the historic district," said Meiss, a former president of the Santa Rosa Historical Society.

The other three routes also threaten historic buildings that include some of the oldest residences in town, he said. 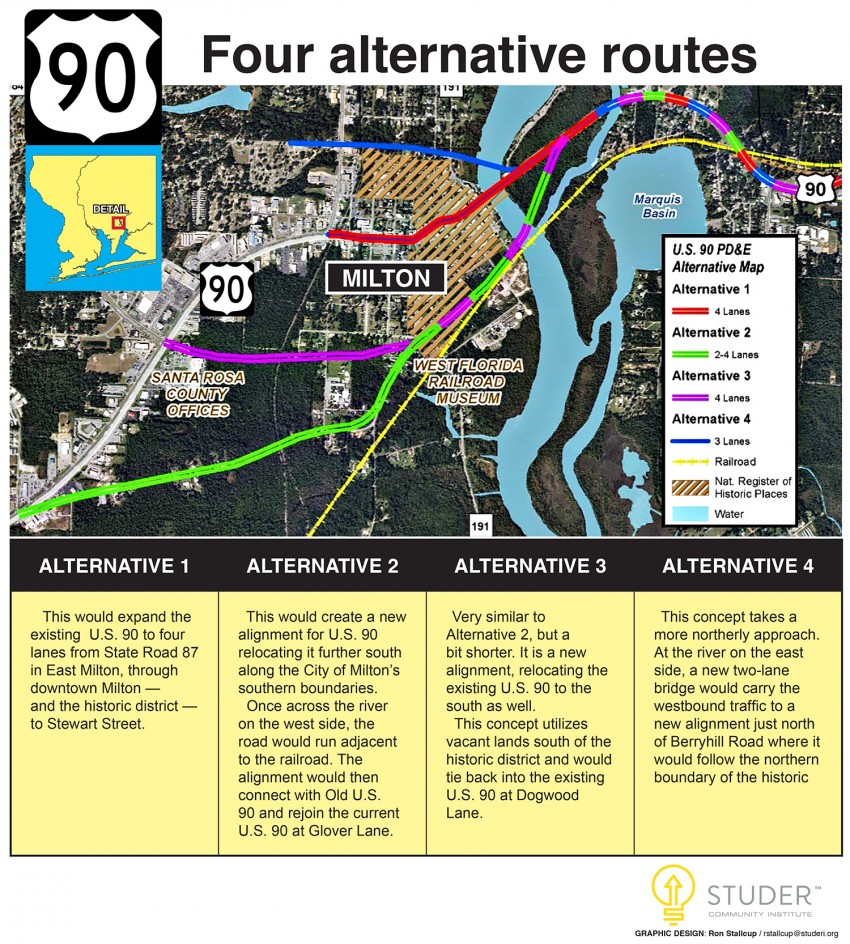 Meiss said the state should look into installing intelligent/controlled traffic lights or even a traffic roundabout at Canal Street. He noted that three sets of traffic lights from Willing Street to Canal Street were retimed by the state, which has improved traffic flow during peak hours.

DOT spokesman Ian Satter said Tuesday’s meeting is share with the public the results of the analysis of each of the four alternatives, and take community input. The input will be incorporated into the final corridor report, and will be used to help identify a preferred alternative for further development, Satter said.

Meiss hopes citizens will let their feelings be heard.

"As responsible taxpayers, we should demand that the state rethink the proposals and do what is best for preserving Milton," he said.

"It is my hope that the state will realize the people’s desire to preserve our historic district,” Meiss said.