The power of talking to babies 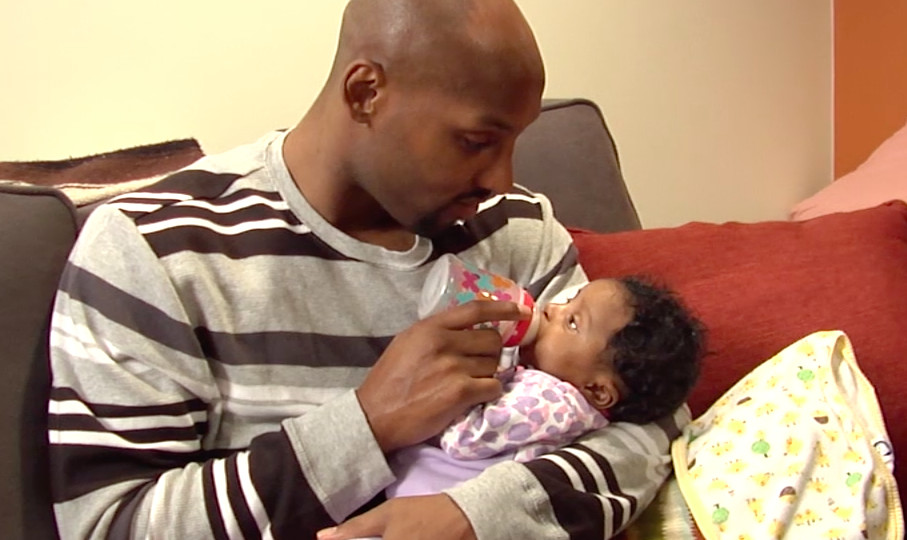 Parents in the Thirty Million Words Initiative learn the importance of talking to their babies from birth. Photo credit: TMW.

Given the attention today on getting children ready for school, it’s no wonder that parents are eager to know how they can help their children learn.

For babies and toddlers from 0 to 3, it’s critical that they hear as many words as possible to help their developing brains.

The most important growth and development that physically forms the brain starts well before a child ever picks up a pencil, reads a book or goes to school.

Part of that development is related to brain development. The relationships with the important people in a baby’s life can literally shape and form the intricate structure of an infant’s brain.

The power of talk is crucial. Talking literally builds babies’ brains. Research shows that talking more with babies is one of the most critical elements in their brain development.

Most parents don’t know how much they’re talking to their babies. And almost all parents can do more.

That’s where LENA can help.

LENA (Language Environment Analysis) System technology records speech and gets a report on how much a parent or caregiver is talking, when they could talk more and how much they’re growing with their baby.

The Studer Community Institute, along with the Early Learning Coalition of Escambia County, is launching a pilot program for LENA Start in Pensacola, the first of its kind in Florida.

The LENA Foundation, the company that developed LENA, founded on the belief that technology is best used to enhance the parent and the child bond rather than become a substitute for it. It is the close daily interaction between parents and children that help children reach their developmental milestone and greatest potential.

In the Power of Talk report by LENA, it said that one objective the LENA Foundation has had from the beginning, both in the development of the LENA System and in the collection of the data on child language development, was to confirm and extend the results of the breakthrough study released in 1995 by research professors Betty Hart and Todd Risley.

The couple, through their groundbreaking research, asked why some children do better academically than others. They determined that a child’s intellectual success later in life is directly related to the amount of talk the child hears from birth to age three.

Research conducted by the LENA Foundation using the LENA System has indeed confirmed many of their important findings.

Key findings to date include:

— Parents estimated that they talk more with their children than they actually did.

— Most language training came from mothers, with mother accounting for 75 percent of the total talk in the child’s environment.

— Parents talked more to their first-born than to their other children, particularly first-born males.

— Most adult talk in the child’s environment occurred in the late afternoon and early evening compared to other times of the day.

— The more television time in a child’s day, the lower his or her language ability scores tended to be.

— Parents are quite variable in the day-to-day amount they talk to their children, but given the opportunity to receive feedback they are able to increase the amount consistently.

The LENA Foundation confirmed the key finding of the Hart and Risley study — the best thing parents can do for their children is talk with them.

Consistent with Hart and Risley’s research, the children most advanced with respect to language development had parents who spoke significantly more than parents of less advanced children.

When the LENA Start pilot program begin in the fall in three locations, it will offer free classes for parents who children are 0 to 3 years old.

The goal is to convey the importance of talking to babies and show parents how much — or less — they are talking to their babies and toddlers.

If you want to help or know someone who has ideas, suggestions or just want to talk about SCI’s labor of love in early learning, email rdogan@sslof.local, or call (850) 529-6485.