In general, it is considered the spreading out of new development onto land adjacent to existing development. Sprawl is said to occur when low-density developments are created around cities away from where people have traditionally shopped, worked, played and studied, thus creating a need for transportation between homes and activities.

Although the very words have negative connotations, how the public views sprawl often depends on whether new development is done in an attractive, well-planned manner. For those with an environmental focus, the urbanization of land is always a threat to the natural environment and to quality of life in general.

One method for measuring urban sprawl is to look at the growth of urbanized areas. Urbanized areas were introduced as a concept in 1950 by the U.S. Census Bureau and includes that portion of a geographical area that is considered fully developed – i.e. it no longer has any lands that are considered rural. With every decennial census the Census Bureau measures the size of the urbanized areas. This makes it possible to use this data to calculate over time how much of a problem sprawl may have become. 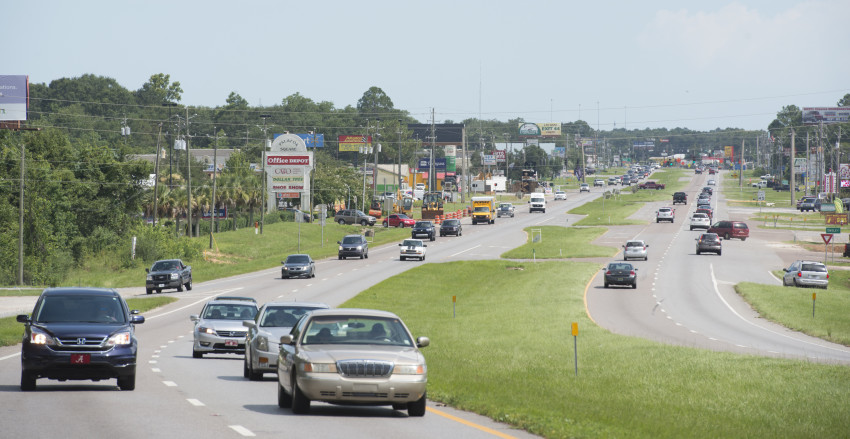 In 1998, Pensacola was ranked by the Sierra Club, a national environmental organization, as one of the 30 most sprawl-threatened cities in the United States. One criteria used in their report was population density per square mile.

The less dense a population, the more it is sprawled out, and, from their view, unnecessarily so. In 1970, the population per square mile in the Pensacola urbanized area was 2,510. By 2010, this number had shrunk to 1,462 persons per square mile.

The study was updated in 2014 and included an index to measure sprawl in metro areas. The index evaluated development in both metro areas and metropolitan counties using four main factors: development density; land use mix; activity centering; and street accessibility. The average index in the report is 100, meaning areas with scores higher than 100 tend to be more compact and connected, and areas with scores lower than 100 are more sprawling.

Under this methodology, the Pensacola area scored 76.84 and ranked 181 out of the 221 areas measured, indicating that the area has more urban sprawl than other developed areas.

A look at its scores in the four ranking categories shows that the Pensacola area suffers most in the rankings because of new housing developments not having been co-located with employment centers.

A comparison between the two illustrates how residential development in the area has occurred where there are lower concentrations of jobs, making workers commute for longer distances than if more multiuse plans had been utilized.

In 2005, 94.1 percent of Pensacola area residents commuted to work by car, truck or van. By 2014, the number had declined to 88.7 percent but is still very high when compared to more compact cities.

Only 0.5 percent of residents used public transportation to get to work in 2014; higher than the 0.2 percent who used it in 2005 but still well below what might be considered an ideal figure. In New York, the metro area rated number one for the lowest amount of sprawl by Smart Growth America. For example, over 39 percent of all workers use public transportation.

Does this mean Pensacola needs a subway? No. But, fighting urban sprawl is well within Pensacola’s power. It requires smart growth and the promotion of planning that combines transportation, land use and the environment while focusing on redevelopment rather than new development.

Phyllis K. Pooley serves as director of special projects with the University of West Florida Office of Economic Development and Engagement in Pensacola.