Saving the American Dream for 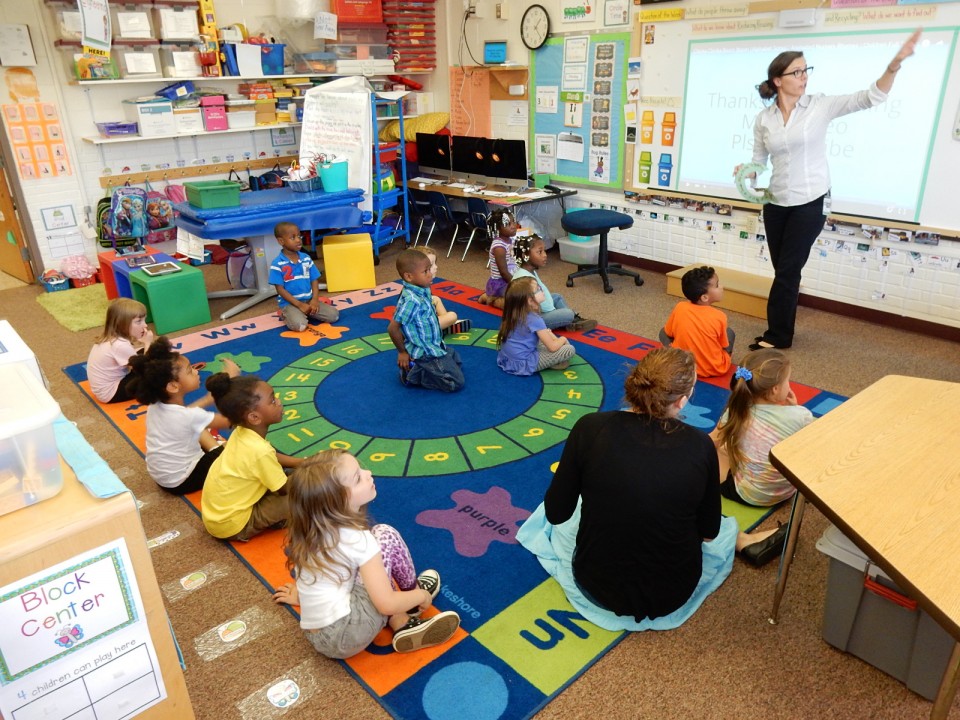 The American Dream isn’t what it used to be —especially for our children.

That’s where research has led Robert Putnam, a public policy professor at Harvard University and bestselling author, who will be part of WSRE’s Public Square Speakers Series, in partnership with Studer Community Institute, on April 18.

Robert Putnam, author of "Our Kids."

Admission is free, and online registration is required at wsre.org/speakers.

The Studer Community Institute is coordinating registration and providing a copy of “Our Kids: The American Dream in Crisis” for the first 100 people who register.

Robert D. Putnam is the Peter and Isabel Malkin Professor of Public Policy at Harvard University. He is a member of the National Academy of Sciences, a Fellow of the British Academy and past president of the American Political Science Association. In 2006, Putnam received the Johan Skytte Prize, the world’s highest accolade for a political scientist. In 2012, he received the National Humanities Medal, the nation’s highest honor for contributions to the humanities.

“Dr. Putnam's work and book is another important step in making sure we increase the school readiness of all of our children, an investment that research shows can lead to less crime, higher wages and a better quality of life for everyone in Pensacola,” said Quint Studer, founder of the Studer Community Institute.

“Last year Dr. Dana Suskind of the University of Chicago came to Pensacola to share the story of her work in early learning. Her talk was the spark that’s focused Pensacola on building America’s first Early Learning City. WSRE is fueling that spark by hosting Professor Putnam in our community. It’s also another example of why WSRE is a vital community resource.”

Putnam’s 2015 book, “Our Kids: The American Dream in Crisis,” chronicled the growing gap in opportunity for American youth and offers a groundbreaking examination of why fewer Americans today have the chance for upward mobility — the chance to work hard, achieve success and live lives better than those of previous generations.

His work includes “Making Democracy Work” and “Bowling Alone: The Collapse and Revival of American Community.”

Putnam’s research looks at whether or not youth coming from different social and economic backgrounds have roughly equal life chances and how that has changed in recent decades, and how the opportunity gap has widened and why.

“I knew about the larger changes and the growing income inequality in some families, the growing segregation of our society, and the collapse of the working-class families,” Putnam said. “I wanted to ask what are the effects on kids of this growing gap in the opportunities and resources available to families.”

The effect is not good, to put it mildly.

Through the research for “Our Kids,” it becomes clear that the social safety net that surrounds middle- and upper-class children, buffers them in a way that poor kids don’t see.

Putnam told the Los Angeles Times in 2015, “the most consistent feature of the lives of poor kids is that they are alone. That’s not to say single parents can’t do a good job raising their children, many do. But the challenges are greater. They are often disconnected from schools, neighbors, mentors, coaches, increasingly they are alone and deeply distrustful of others.”

“If a kid from a well-educated home gets in trouble, instantly air bags inflate to protect those kids,” Putnam said then. “If the same thing happens to a poor kid, there are no air bags. no learning opportunities. (Those air bags) allow you to learn from your error and not to be destroyed by your mistakes. The absence of airbags for these kids fundamentally impairs their chances of doing all right. It’s fundamentally un-American. I mean that in the deepest sense.”

Research by Harvard professor Raj Chetty and economist Nathaniel Hendren was highlighted in 2015 in The New York Times and elsewhere showing the gap between growing poor and growing up rich in communities across the country.

The interactive map that the Times built to accompany their story about the research said this about a poor child's prospects in Escambia County:

“It’s among the worst counties in the U.S. in helping poor children up the income ladder. It ranks 47th out of 2,478 counties, better than only about 2 percent of counties. It is relatively worse for poor boys than it is for poor girls. Although bad for poor children, it is somewhat better for higher-income children.”

Other points of note about Escambia in that data:

— Kids who grow up in and around the Pensacola metro area earn about 8.4 percent less than the same kid would if he/she were to grow up in an average place in the U.S.

— For Escambia County, the results are even worse. Kids who spend 20 years of their childhood in Escambia earn about 15 percent less at age 26 than the same kid would if they grew up in an average place in the U.S. That’s $3,870 a year less than in the “nationally average” place.

— Escambia is second worst among the 67 counties in Florida, with only Gadsden County registering lower, at -$3,910.

— Nassau County, north of Jacksonville, is the best performer in Florida, with a child who spent 20 years there earning $2,240 more than the national average.

“Our Kids” was meant to be a wake-up call to the perils of the growing inequality gap. In 2016, Putnam was part of building the Community Foundation Opportunity Network,  which produced a report that is meant to offer suggestions on how communities can work on closing the gap. It includes suggestions in families and parenting, early childhood, K-12 education, communities and “on-ramps” that make education and training beyond high school accessible to poor children.

“(For example, there is an important role to be played by family coaching and mentoring that can be done in an organized way,” Putnam said. “The Nurse Family Partnership that works across the country, uses a public health hook to help parents.

“The evidence about (early childhood education programs) is quite strong that it has to be high quality, if it’s not, it’s not all that effective,” he said.

Putnam said the most interesting place in America in this respect is Oklahoma, “a very red state, a very low-tax state” that has fully funded universal prekindergarten for all 4-year-olds since 1998.

“You can’t do this unless you invest a lot in the training and recruitment and you can’t do it cheaply,” Putnam said.

Linking the importance of school readiness to ultimate education outcomes such as high school graduation, and in the even longer view, workforce development, wages and quality of life, is an important piece of the puzzle as well, Putnam believes.

Putnam’s hope, in fact, for closing the gap lies at the local level.

“I am actually more optimistic than you might think, not because of what might happen nationally,” he said. “America has been in this predicament before and when we faced it as a country, most of the real initiatives at the beginning have come from the bottom up.”

Putnam refers to the turn of the 20th century as the last time he believes the United States saw similar growth in the income gap — the age of the robber barons, the time of McClure’s magazine and its stable of writers whose work focused attention on child labor laws, monopolies and the cost of living in rising inner-city slums.

We countered that, as a country he said, by establishing free public high schools for every child in town to benefit the whole country “because it raised the quality of human capital.”

“I’ve spoken in more than 100 communities across the country and in many communities, there are good people who have been working this problem for some time and there is an increasing collaboration across communities,” Putnam said. “I think the real action, and where my hopes lie actually, are in places like Pensacola or Duluth, Minn., or Chicago or Atlanta.”