The Bluffs gets boost from state lawmakers 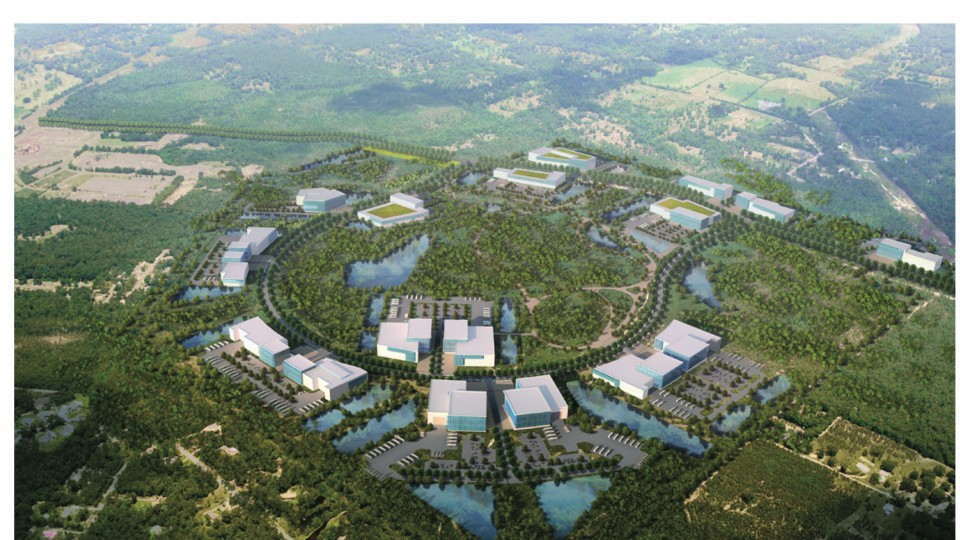 In the economic development game, it sometimes comes down to this: Do you go big or do you stay home.

This month, FloridaWest, the county’s economic development entity, secured $2 million from the Legislature to improve infrastructure at The Bluffs an ambitious,1,760-acre industrial park project near Cantonment.

Scott Luth, executive director of FloridaWest, says the money will go toward having the pieces in place for an access road for the site.

It’s a need Luth says became apparent when he was showing a prospective company the portion of The Bluffs south of Ascend Performance Materials and north of the Gulf Power Crist Plant. 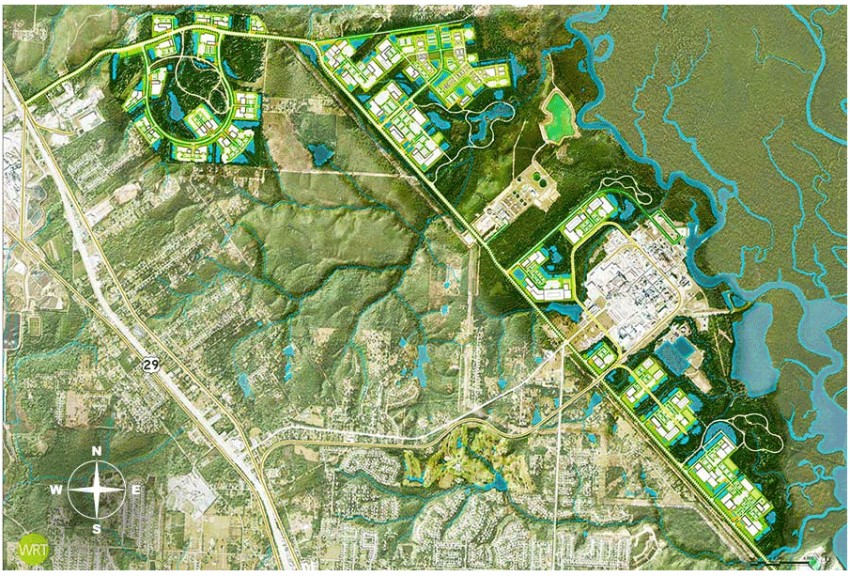 The site map for The Bluffs industrial development.

Luth says the company representatives looked at that site and had three questions.

“As we talked with this company, it became clear that I need to be able to answer at least two of those three questions,” Luth says.

That prospect moved on to another area where the answer, presumably to those questions was more favorable to their timeline for development.

“I need engineering plans on hand so that when I’m ready to build the road I don’t have to wait six months to bid the engineering and then go get the money to pay for that.”

The $2 million will be available to acquire right of way as well, Luth says. The contract for engineering services is expected to be put out to bid this fiscal year, Luth says.

That timeline will also include public input on the road project, which Luth expects that the Florida Department of Transportation will handle.

Luth says The Bluffs is being actively marketed, but no prospects have signed on the dotted line.

“We knew this would be a site we will develop over time,” Luth says.

The Bluffs is a Big Idea. But the patience that Luth says will be needed to see it through may be a tough sell, seeing as early questions about the project centered around two sizable and highly visible development sites that remain unfilled.

One is the Central Commerce Park, a 240-acre site near Cantonment just off U.S. 29 that is largely empty of tenants. It was developed with two federal Economic Development Agency grants totaling $1.7 million that were allocated in 2001 and 2002.

The other is the Pensacola Technology Campus, a 9.5 acre site next to the Pensacola Bay Center, developed with $2 million in EDA money and opened in 2011. It remains empty, as FloridaWest is contracted with Space Florida to build a $9 million, 70,000 square-foot office building on the site.

Caldwell and Associates were selected by Space Florida in 2014 to design the building, which would accommodate an as-yet-unnamed aerospace industry supplier.

Last May, Space Florida signed a three-year memorandum of understanding with UWF’s Office of Economic Development and Engagement to develop cybersecurity technologies.

In March, UWF announced plans to lease some 10,000 square feet in the Space Florida building, but no specifics about what university programs or offices would be housed there have been made public.

But so far, nary a shovel of earth has been turned.

Minimally, Florida West expects The Bluffs to recruit approximately 10 companies that would occupy more than 3.9 million square feet of building space on 295 acres of land.

FloridaWest anticipates in the long run the project could result in more than 15,000 jobs.

Lewis Bear Jr., chairman of the Pensacola Escambia Development Commission, says The Bluffs could be “the game changer for Northwest Florida.”

“The Florida Legislature recognized the Bluffs project as one of the most significant properties within the state,” Bear says. “With most utilities already in place, water transportation readily accessible, and mainline rail only hundreds of feet away, it is the ideal location for advanced manufacturing and industrial development.”

Here’s hoping that’s the case. And while we the citizens remain cautiously optimistic that The Bluffs and the Tech Park and the Central Commerce Park will all fulfill their potential, let’s don’t forget the small steps in the long march toward a community with better jobs that pay livable wages.

Those swing-for-the-fences moments are important. And so are the small businesses who add two or five or 10 jobs at a time to a local economy they are already invested in.

Data from the U.S. Census Bureau shows that in the Pensacola metro area, 87 percent of the businesses have fewer than 20 employees.

Of that group, the biggest share — 55.6 percent — have fewer than five employees.

They might not be the big dogs, but the data show that small businesses are a big factor in the Pensacola community’s growth and development.