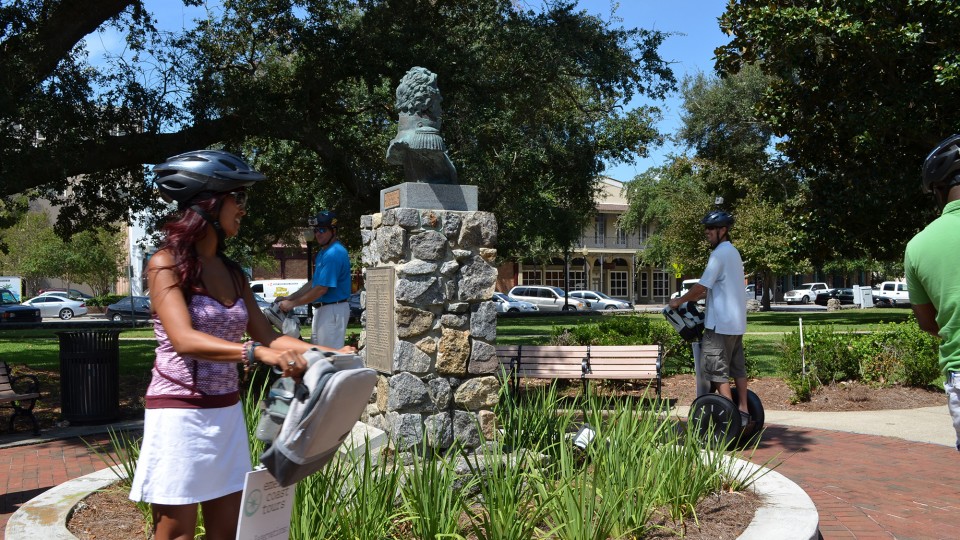 Cultural and heritage tourism are two markets for growth identified in the Destination 2020 survey.

So far, 2015 is on track to be a record year for bed tax collections in the Pensacola area, which is good news for the tourism industry, one of the main drivers of jobs creation and economic spending in the area.

This year, that revenue is on track to top $9.5 million for the first time in the bed tax's two-decade long history. By comparison, 2014's numbers reached an all-time high of $8.6 million, an 11 percent increase over 2013, according to the Escambia County Clerk of Court's office.

What is the bed tax?

That “bed tax” — known as the tourist development tax — is a 4 percent tax is levied on all hotel, motel and condominium overnight stays. Revenues are collected by the county and used to promote the area's many attractions, festivals, sporting events and natural assets to major Southeastern markets and beyond.

"There are a lot of dynamics at work, but it's mostly a sustained, pent-up demand by families that want to get away during the summer season," said Visit Pensacola’s Executive Director Steve Hayes. "That, plus the economy is better, and we had great weather during the 10-week period between Memorial Day and when school starts in August."

At the mid-year point in the tourism season, Hayes noted that occupancy rates are up this year — and so are rates, which feeds part of the increase. Back in June, Hayes noted that the overall trend for travel was on the rise. He said that while the beach always brings in the lion's share of dollars, inland conventions and events such as Pensacon add to tourism's total impact on the community.

This week, Hayes said there was another factor at work: Pensacola's reputation as an affordable, accessible destination for families,

"The buzz out there about Pensacola these days is incredible," Hayes said. "If you look at all the recognition this area is getting from a variety of local, regional and national publications and media, it's all be good stuff about what the Pensacola area has to offer."

Pensacola is for couples

Of note in the July numbers:

— Hayes said the highlight of July's numbers was overall spending per visiting party/per trip, which shot up by 29.3 percent over July 2014.

— Average length of overnight stays increased by 17 percent, and hotel/motel average daily rates were up 9 percent.

Hayes and his Visit Pensacola board of directors are capitalizing on the publicity and word-of-mouth, and are developing a long-range strategy around it called "Destination 2020."

The goal is to extend the county's typical 12-week tourist season into the fall, winter and early spring.

Developing the fall season is where Visit Pensacola is focusing its immediate efforts. 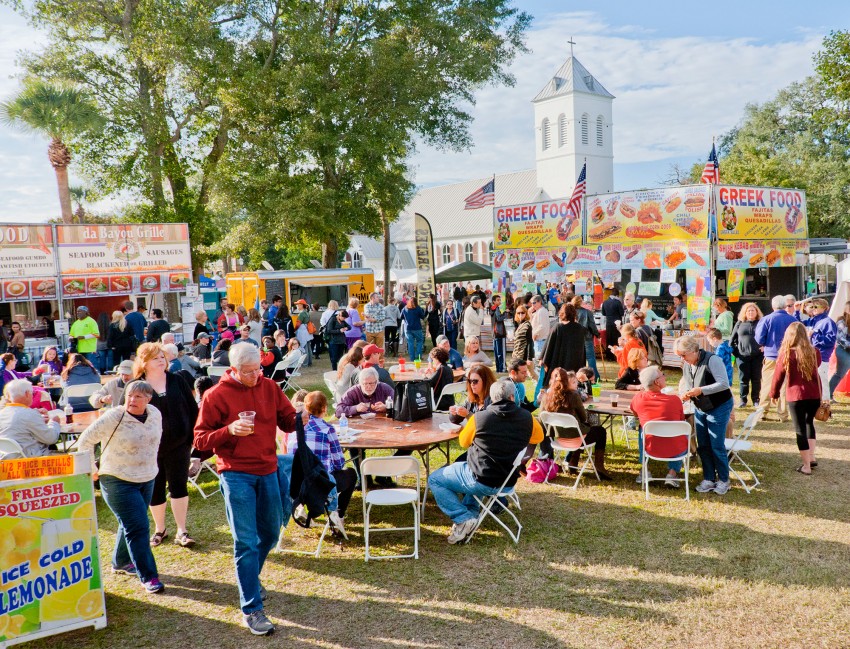 "The fall season — Labor Day through Thanksgiving — is what I call the low-hanging fruit, which offers us the best opportunity to extend the tourist season," Hayes said.

The strategy to bolster fall visitations will focus on couples looking for a long weekend getaway, Hayes said.

"It's got to be couple-driven, because the kids are back in school, and parents are not going to get away for several days or a week like they would in the summer,” Hayes said.

Visit Pensacola's strategy is to highlight the major culinary events — Taste of Pensacola Beach and Seafood Festival — along with other festivals, art shows, cultural offerings by the Pensacola Symphony and Pensacola Opera, and other weekend festivals.

The key market will be the Southeast. One way to get that message out in front of people is to put it where their eyes are, Hayes said.

"In the fall on the weekends couples eyes are on football," he said. "We're going to put together creative messages that will tie into that market."

The creative plan for that tie-in has not been developed fully, but Visit Pensacola is working on it.

"We want to get that message out to couples during October, which is our 'sweet spot' for the fall season," he said.

As the fall season transitions into winter, the challenge is luring visitors to Pensacola from the Northeast and Midwest markets, that include Chicago and St. Louis, Hayes said.

"That's a very different market from the fall market we're targeting," Hayes said. "We won't touch on the family market again until the spring."

Since rolling out the Destination 2020 plan in early May of this year, Hayes said his staff and board of directors have held a series of meetings to develop a strategy to create a robust, year-round tourist season.

"In those meetings we're asking what we need to do, beyond marketing the beach, to get the message out about our shops, festivals, history and cultural diversity,” Hayes said. “That's the message we need to get out there to really go after a year-round tourist season."

Hayes said central to getting out that message are three basic initiatives: product development; community development and collaboration of partnerships with the Greater Pensacola Chamber, City of Pensacola, Escambia County and University of West Florida.

Hayes breaks that down into three action items:

"The first is asking what of the things that we own, those things we can make happen," he said. "For example, we want to develop the St. Louis market. We need to advertise there. That's something we can make happen." 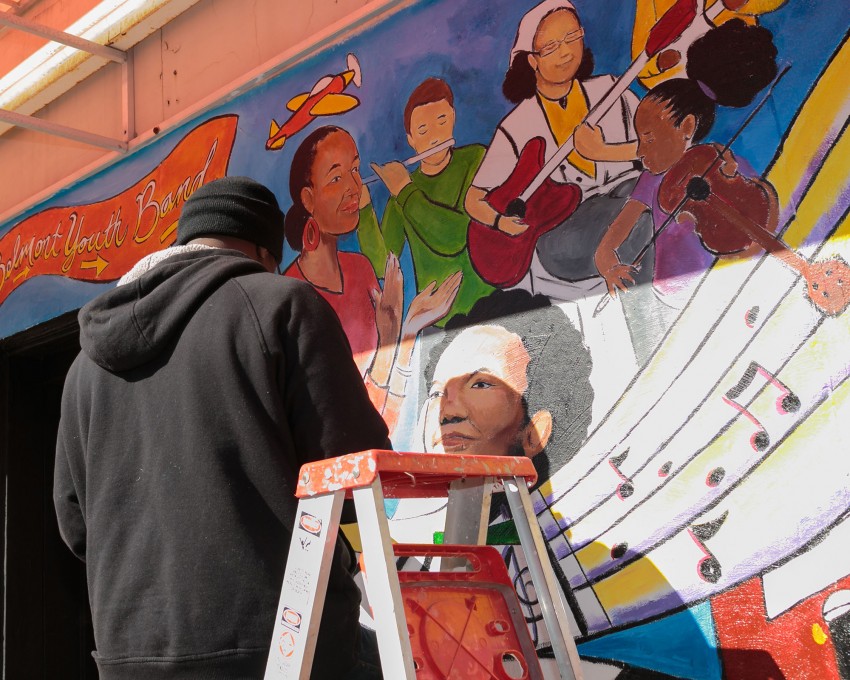 Secondly, Visit Pensacola is identifying those things it does not own, but can partner with another organization to make happen.

An example is working with local cultural groups to market entertainment and festival events.

And, third, there are those things Visit Pensacola can advocate, such as identifying a need for more meeting space and helping to rally the community to meet that need.

Building a year-round tourist season, Hayes says, will build the need for more jobs in the lodging and restaurant industries.

"That opens up the opportunity for hotels and restaurants to hire more workers on a full or part-time basis, all of which helps the economy and job market," Hayes said.