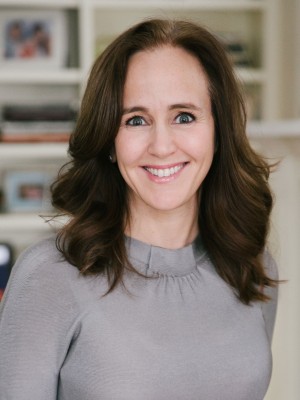 Dr. Dana Suskind, founder of the Thirty Million Words Initiative at the University of Chicago.

And she wants to help communities understand why investing in those parents — and their children before age 4 — is critical to the future.

“A community that takes this on can’t expect that this will happen in one election cycle,” Suskind says. “Changes don’t occur in a two-four year period, but they do occur.”

Suskind is the founder and director of the Thirty Million Words initiative, a research program at the University of Chicago Medicine that studies the effect of early language exposure on children under 3.

Her message on the importance of investing in children and parents early is one she is eager to share with Pensacola educators, parents, childcare providers and business and community leaders on March 30, all of whom must understand the link between strong early education and a well-prepared workforce.

Escambia Superintendent Malcolm Thomas said it is important to have Suskind speak in Pensacola. 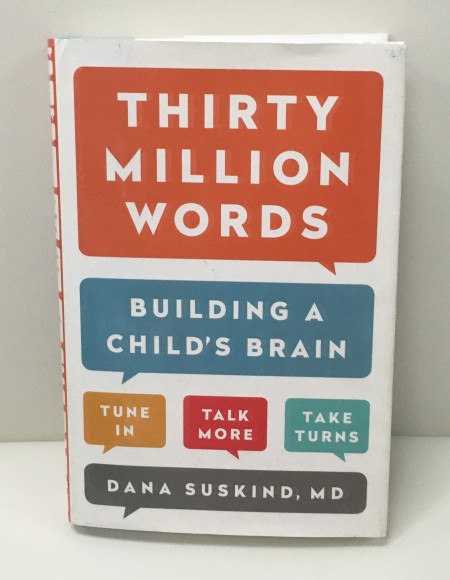 “That research is the key,” Thomas says. “All academic tasks are connected; they all have a language basis. That’s how we explain things. You can’t explain how to add without words.”

As a pediatric surgeon and professor at the University of Chicago, Suskind found what she saw among her patients who received cochlear implants mirrored findings in a study by the University of Kansas team. The studies discovered a language gap existed between children of different socioeconomic levels — that poor children heard 30 million fewer words than the upper-class children.

That gap made them likely to be weaker readers who started school at a disadvantage, a spot that sadly many are likely to stay in throughout school.

That led to her book, “Thirty Million Words: Building a Child’s Brain.” Now impacting the learning environment for all children in ages 0 to 3 is her passion.

Suskind is one of the leading voices in the field.

Thirty Million Words was named partner in a $19 million study funded by PNC, a Pittsburgh-based banking company, through its Grow Up Great initiative. Suskind was invited to the White House to participate in a summit called by President Barack Obama to discuss the importance of early education.

Ten years ago, Suskind started the cochlear implant program at University of Chicago — a place she calls “an island in a sea of poverty” on Chicago’s South Side.

All of her patients had the same potential to acquire language after their surgery. But many didn’t.

Suskind noticed that difference fell along socioeconomic lines — children from poor families didn’t acquire language as quickly or as well as children from better-off families.

What began as an effort to improve outcomes for her patients grew into a deeper mission.

“I began to understand the profound impact of those first few years of life, which led me to Hart and Risley,” Suskind says.

It brought her to the 30 million-word gap.

Betty Hart and Todd Risley were researchers at the University of Kansas who wondered why the high-quality, immersive preschool program they set up wasn’t helping young children as much as they thought it would.

They spent 2 1/2 years tracking 42 families with young children in Kansas City and found the difference came down to income and words.

Their research documented the “achievement gap” — that poor children hear, by age 3, 30 million fewer words than their more well-off peers.

Why does it matter if those children start school behind?

Children who enter kindergarten behind often are behind by third grade, when experts and educators say the focus of school shifts from learning to read to reading to learn.

Children who don’t have those basics are more likely to struggle throughout school, when reading comprehension, critical thinking and putting new knowledge into context will be what they need to move on to the next level.

“I came to realize the language is the catalyst for all children’s brain growth,” Suskind said. “It’s the most powerful resource in the world.”

Suskind took the name for her program from the “big headline” from the Hart and Risley study, but closing that gap is about more than just increasing the number of words a young child hears.

“It’s about the richness of interaction between parent and child,” she said. “The first three years has a really special role in a child’s development.”

The technical term is brain plasticity. It means that the human brain is never more pliable, more easily and profoundly influenced, than it is in those first three years.

Suskind and her team also were influenced by the “growth mindset” — a body of research influenced by Professor Carol Dweck and others.

That’s the idea that intelligence is not fixed at birth. Parents can, with the right tools, make their babies smarter.

Once parents understand that they can help make their babies smarter by taking to them, Suskind says parents in her project stepped up to the challenge.

“It’s about building different brains,” she says. “We must find ways to empower, in those first three years, parents and caregivers. I take a public health view of this.”

Education and health during this period of time are deeply intertwined, Suskind says.

“We need a lens that looks like (K12) education, where we work with childcare workers (on strategies to make classroom-based time strong), but also we need the public health way of meeting families where they are. This is where the difference is.”

It’s why she says the conversation about early education needs to start much earlier than kindergarten — or even prekindergarten.

“We need to think about that in the early childhood space as conception to kindergarten,” she says. “It has to get into the groundwater, from maternity wards to cultural institutions.”

At Thirty Million Words, the interventions are multilayered. Moms in the project range in age from 19 to 41. They get 12 home visits in a six-month period and follow-up assessments for up to 3 1/2 years. The goal is to have all the data in by 2019. 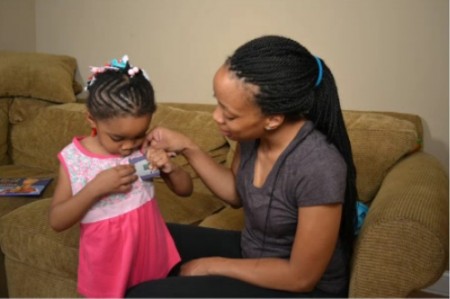 A mom and daughter who participate in Dr. Dana Suskind's Thirty Million Word Initiative at the University of Chicago with a LENA, a device that records how many words a child hears. Photo credit: TMW.

The home visits from research assistants at TMW are the centerpiece of the effort. In those visits, the children have a recorder clipped to their clothes.

That device — Language Environment Analysis (LENA) system — is a word pedometer that records up to 16 hours of audio. The file is collected weekly and uploaded to a computer, where the number of words said can be analyzed.

The results are shared with parents, along with strategies to help them talk more with their children in ways that will support their development.

It creates an important loop of feedback, and it puts parents at the center of the effort.

“The narrative is, ‘you’re more powerful than you ever imagined.’ That’s the difference,” Suskind says. “Talk doesn’t happen in the vacuum. If families don’t have the wrap-around support, I mean, to say that being poor is difficult is an understatement.”

TMW also touches all new parents at Northwestern University and the University of Chicago hospitals.

While the baby is getting a hearing screening, parents are shown an animated video about the importance of words and language in building a baby’s brain.

There are efforts with a lighter touch, too.

Suskind also is working with the Chicago Public Library and Chicago Children’s Museum to launch exhibitions, and in 2016, video segments for a Netflix series produced by the Jim Henson Co. are scheduled to air.

“It’s about the cultural shift where we become a nation that understands how important this space is and how important parents are,” she says.

Suskind ends her book with a deeply personal note. Her husband, Don Liu, drowned in 2013 while trying to save children who were struggling in rough water on Lake Michigan.

Suskind and their three children witnessed the drowning.

In the book’s epilogue Suskind writes that her husband didn’t hesitate to go into the turbulent waters to save children who needed help.

“And for me, I included him both so he could continue on this journey as well as to, really — he’s sort of a metaphor for what we need to be thinking about in this country,” she told the Freakonomics podcast in November 2015. “That every child in this country is our own, and we should want for them what we want for our own children.”