West Pensacola helping students get the resources they need 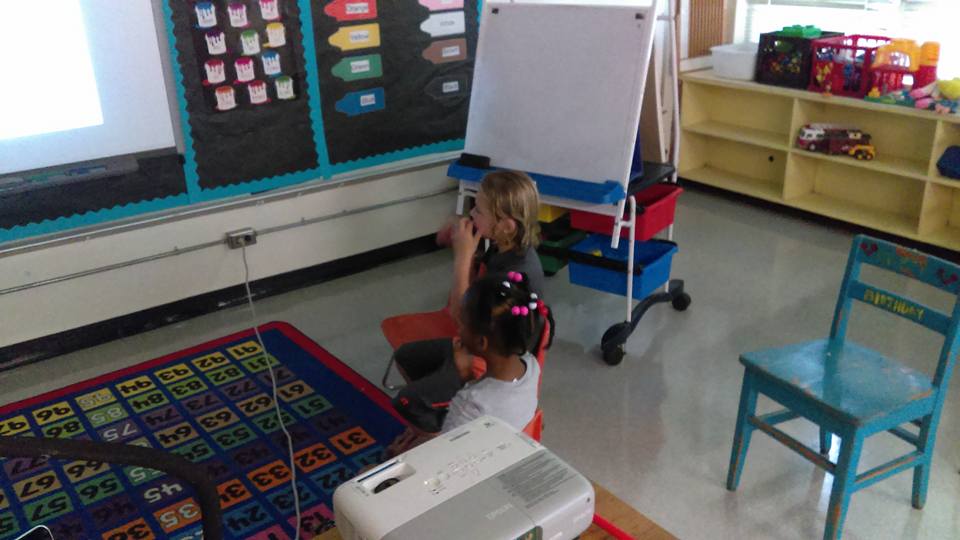 Two children sitting in a classroom

Two kindergarten students sit in front of a whiteboard at West Pensacola Elementary School. Ensuring that students are kindergarten ready is crucial to success in school.

This is the ninth in a series of installments on the improvement plans principals are implementing at the 11 Escambia County elementary schools that received a D or F on the Florida Standards Assessment.

Many low-performing schools are in poor communities where the students don’t have access to the resources that will help them learn.

West Pensacola Elementary School sits at 801 N. 49th Ave., on Escambia County’s west side between West Jackson Street and Lillian Highway. It is located in neighborhood areas identified as “pockets of poverty,” where poverty among families is high.

Based on statewide test scores, West Pensacola is considered a “low-performing” school.

Assistant Principal Tim Rose refuses to call his school or students low-performing. The designation never bothered him much until he looked closer at the dire circumstances that affected students at West Pensacola.

Rose compared the school’s socio-economic dilemma to a person in a canoe racing someone else in a motorboat.

“You know who’s going to win, but it doesn’t mean the guy in the canoe is performing less than he could if he had a different resource,” Rose said. “They say because we’re not an A or B (school), we’re low-performing. “Our students have limited external resources, but that doesn’t make them low-performing.” 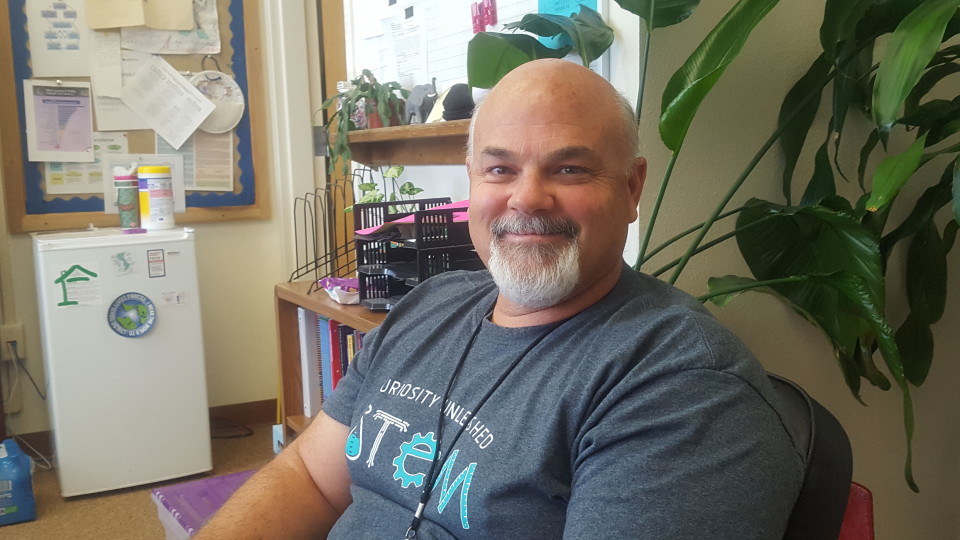 After climbing to a C last year after consecutive years as an F school, West Florida fell to a D this year. It is one of 11 elementary schools that were graded D or F on the Florida Standards Assessment test for 2016.

Principal Sabrena Cunningham said the challenges are not much different than the other D and F schools in Escambia County.

“We do have a pretty mobile population,” Cunningham said. “We also have students who don’t come into kindergarten necessarily prepared for kindergarten. Throughout the grade levels, we really work to get students on grade level and to reach proficiency.” 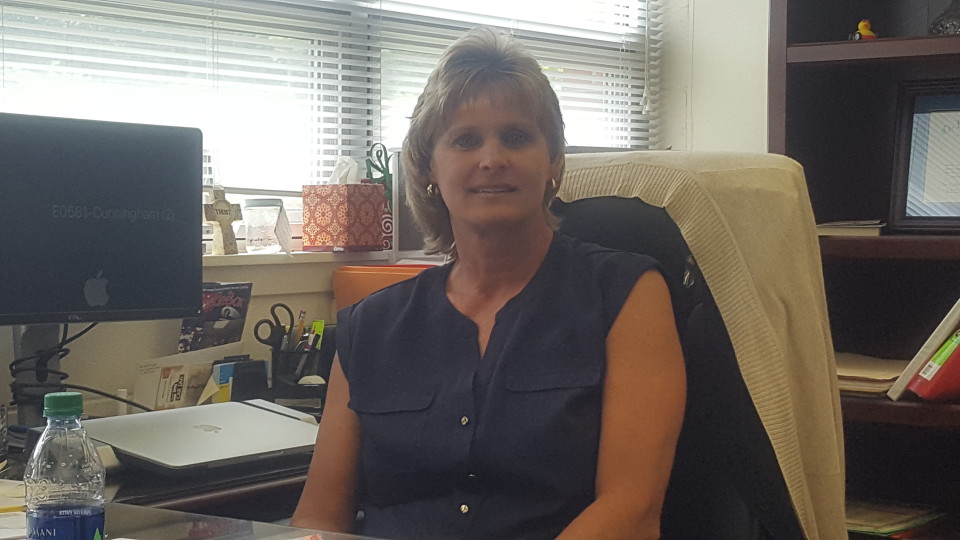 Kindergarten readiness is among the 16 measures in the Studer Community Institute’s Pensacola Metro Dashboard. The dashboard was developed with the University of West Florida to provide a snapshot of the community’s educational, economic and social well-being.

Research consistently shows that kindergarten readiness is among the most important measures of a child’s academic progress. Children who are behind in kindergarten are more likely to be behind in third-grade reading, and they rarely catch up throughout their school careers.

In Escambia County, only 66 percent of children are ready when it's time to enter kindergarten. That makes it critically important to invest in those children before they get to school. That means making quality preschool and early childhood education a top priority.

With 36 teachers and just over 500 students, West Pensacola is a cluster site for students with autism. Eight classrooms — two of four pre-kindergarten classes — are designated to serve children with autism.

“As the need has grown for the specialized units for ASD, we have seen our number grow,” Cunningham said. “We’ve also seen a lot of students not only come back, but last year we noticed we had a lot of students moving into our district.”

While inclusive education of children with disabilities now is an accepted practice, students with learning disabilities are graded on the same scale as students without them, and the more students a school has can adversely affect its grade.

West Pensacola is no exception, and designated a low-performing school requires administrators to have an improvement plan in place to boost performance.

The plan for improvement includes:

To improve discipline West Pensacola uses “Capturing Kids Hearts,” a behavior modification program that involves teachers working with students to create a contract for acceptable and unacceptable behavior in the classroom. The faculty and staff were trained over the summer and implemented many of the components to combine the program with Positive Behavior Strategy to create a consistent, manageable system, Cunningham said.

It provides a series of things to do to improve behavior:

— This is how I want to be treated

— This is how I want to treat others

— This is what I expect my teacher to do

—This is what I will do for my teacher

“Every classroom has a social contract,” Cunningham said. “The teachers who have been through the training have worked really head to make sure that they have that foundation as well.”

Overcoming socio-economic issues is a challenge that low-performing schools face.

An important in-road is developing strong relationships with families. But there is a stigma that parents at schools with a disadvantaged student population don’t care or refuse to get involved in their child’s education, but that's a myth that must be dispelled, Cunningham said.

It could be a lack of transportation or the need to work multiple jobs that stand in the way of visiting a school or attending a child’s school function, she said.

“One obstacle our parents have is being able to be involved at school,” Cunningham said. “When we have parent involvement activities we have a good turnout, but sometimes there are barriers that prevent parents from being able to come up here."

Assistant Principal Rose and several teachers made home visits during the school to see parents who don’t have transportation.

At least each nine weeks, the school had Donuts with Dad and Muffins with Mom and Grandparents' Luncheon. The school held a chrome-book training to show parents how to help their children use the new chrome books the School District sent home with each child. 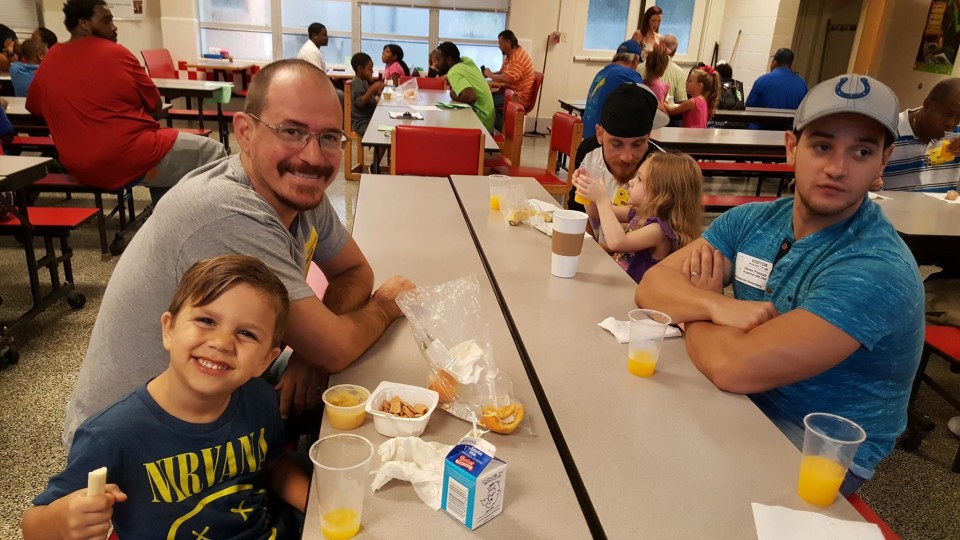 A book fair was held on family night, and one grade level did a STEM night, to bring parents up to speed on the work their children are doing in science, math and technology.

It’s a given that the most crucial time of a school day are the morning hours, because that’s when students are most attentive. But students who are tardy miss the beginning of their morning classes, and they also cause a distraction when they arrive late to class.

The hard part in elementary school is that students don't have a lot of leverage over getting to school on time, Cunningham said.

“We try to communicate with parents, and if we see there’s a pattern, we try and encourage them to have them here on time,” Cunningham said. “Our tardies have gotten better, but we still do struggle with students checking in late.”

STEM, an acronym for  Science, Technology, Engineering and Math, used to be a monthly school-wide event with no distinction between grade levels.

Now each grade level prepares an event that’s appropriate for each age group. The faculty makes it a competition among the grade levels to get the best ideas and presentations. The entire school participates and afterwards they talk about the presentation and what they learned.

“We can get pretty competitive in those faculty meetings building bridges out of spaghetti and marshmallows or trying to launch something farther than anyone else,” Rose said. “Making a bridge out of the simplest materials and seeing how many books you can stack on it is as fun for us as preparing for the activity.”

At the end of the year, the school holds a STEM Olympics. The entire day is dedicated to STEM activities. Students, teachers and staff wear STEM T-shirts. Parents and people from the community, the School District and other schools are invited to attend, to participate and to learn about how STEM activities apply in the classroom and in real life.

In her sixth year at West Pensacola, Cunningham has seen the ups and downs of leading a school in a high-poverty neighborhood that serves students from mostly low-income families that lack adequate resources to meet their needs.

“If I had a magic wand, I would probably put every resource here that kids need,” Cunningham said. “I have a lot of kids who come to us tired. Some come hungry. I wish I we had the ability to supply those unending resources.”