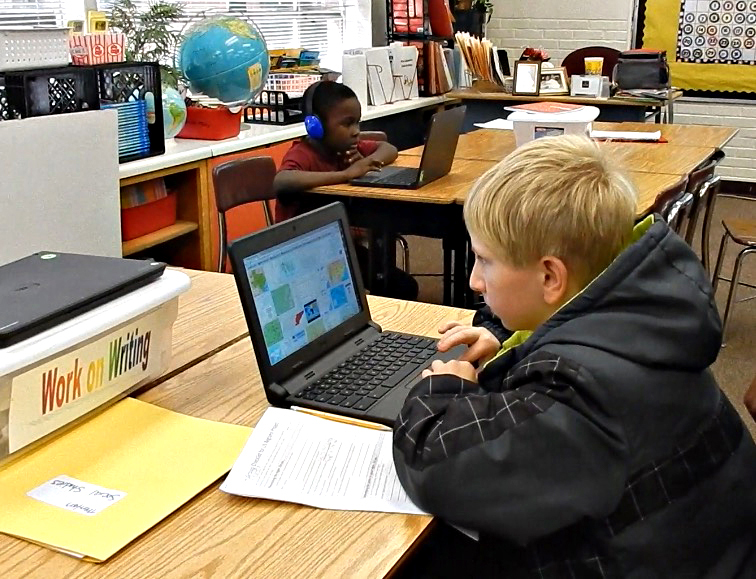 This is the sixth in a series of installments on the improvement plans principals are implementing at the 11 Escambia County elementary schools that received a D or F on the Florida Standards Assessment.

Learn how Weis Elementary is working to improve student learning from the earliest ages.

Learn how Holm Elementary is working to improvement achievement among its students.

Learn how Global Learning Academy is striving to overcome the challenges of poverty to increase proficiency.

Learn how Ensley Elementary is planning to boost math and reading skills as part of the school’s improvement plan.

Learn how West Pensacola Elementary is helping students and teachers get resources to improve academic achievement.

Learn how Montclair Elementary is reaching out to the community and increasing parental engagement to improve student achievement.

Getting the chemistry right is important to Cassandra Smith.

The principal at Lincoln Park Primary School has worked throughout her previous three years at the school on Kershaw Street to build her teaching team.

It’s meant turnover in her tenure there, but Smith says it has been in the name of building the right team, one willing to work together in the long hours needed to get the job done.

The chemistry they have is clear.

Third-grade teacher Joni Hossman stopped in to see if it would be OK to start setting up her classroom on July 28, several days before the required reporting date for teachers.

She was already brainstorming ways to get her third-graders back to 79 percent proficiency in math for the coming school year.

The students Hossman had last year, as a group, came in at the first-grade level in math. By the end of the year, they were where they should have been at the beginning of the third-grade year.

Smith said she warned the staff that because of the school’s small enrollment, just a couple of children could be the difference between the A grade from 2015 and the F grade the school was given in 2016. 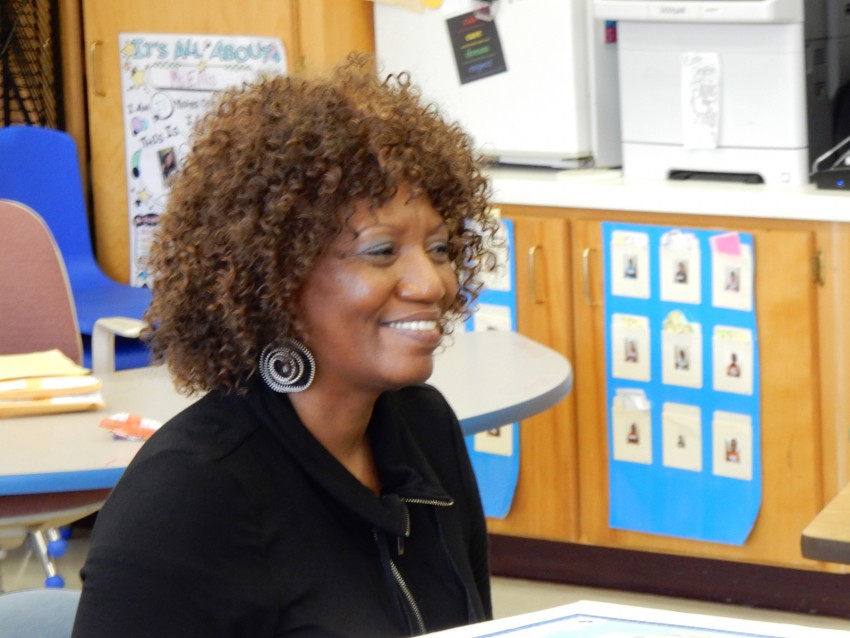 “And that’s what happened,” Smith says.

Lincoln Park was one of 11 elementary schools in Escambia County to be given a D or F on the Florida Standards Assessment test.

This year, Lincoln Park will focus on two goals, Smith says: Standards based instruction and building familiarity with the questions in the style of Florida Standards Assessment test questions.

“Students who are immersed in that daily, when they get the test, it won't be such a shocker to them,” Smith says.

The plan for Lincoln Park includes:

“For me, I spend a lot of time in staff development and because the school is so small and we really don't have the dollars, I need to spend those dollars on programs for students,” Smith says.

Teaching with the Brain in Mind by Eric Jensen was the staff’s book study book.

As it was last year, every Monday, an hour of planning time will be set aside and the staff will work as a group by grade level. Each member of the staff led a staff development session, tailored to their strengths as a teacher. The only rule was that the presentation had to include a Thinking Map, which was something they were being asked to use in instruction. Among the topics were Close Reading, Small Group Instruction.

“A lot of principals, don't take the time to get to know their teachers, to know what their strengths and how you can help them out in their weak areas,” said Melanie Hinton, administrator on special assignment at Lincoln Park this year.

Staff will continue focusing on using the “Daily 5,” a strategy to make sure teachers use small group instruction, listening, writing, and working with words every day.

Smith will do the overall class schedule herself for everyone. 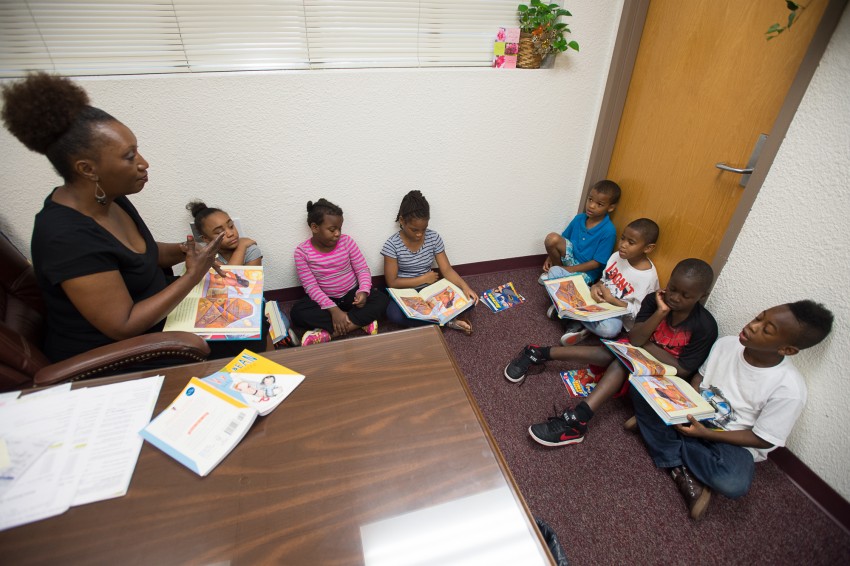 — Going off book when necessary: This year, Smith says they will stress standards based instruction, which means they have Smith’s permission to choose material that isn’t in the Reading Wonders textbook to illustrate the point of a lesson if the teacher believes it is more appealing to the students.

Kindergarten teacher Alanna Rohling came in on July 27 to talk to Smith about whether it would be OK to choose other reading samples and assignments than what was in the Reading Wonders book that she and the children might enjoy more.

That, Smith says, is exactly what she wants to see in her classrooms, part of emphasizing “standards based instruction” rather than strict adherence to the teacher’s edition of the textbook, which she notes is “just what some textbook company was able to sell.”

— Getting the chemistry right: Hiring and developing talent are two things Smith works year-round on. It is crucial, she says to a school like Lincoln Park’s success.

Rohling is an Mobile native and graduate of the University of Alabama who found Lincoln Park through a job fair last year.

“This sounds crazy, but as soon as I met Ms. Smith I just had this feeling that was it,” Rohling said. “I was actually waiting in line for another school and I happened to talk to her and some of the other people that worked here. I was like, ‘I have to come back and interview here.’ She was my first interview. It just felt amazing. I didn't even go anywhere else.”

Smith recalls the teachers she worked with early on who are administrators now, the classroom teachers she’s encouraged to get to work on their higher degrees. They, too, are part of the legacy she wants to leave as she enters her 32 year in education.

When Pre-K teacher Emily Ellis mentioned an idea to group children who would need a little more time to master the skills they’d need for kindergarten in one classroom, Smith said she will let Ellis try that this school year. 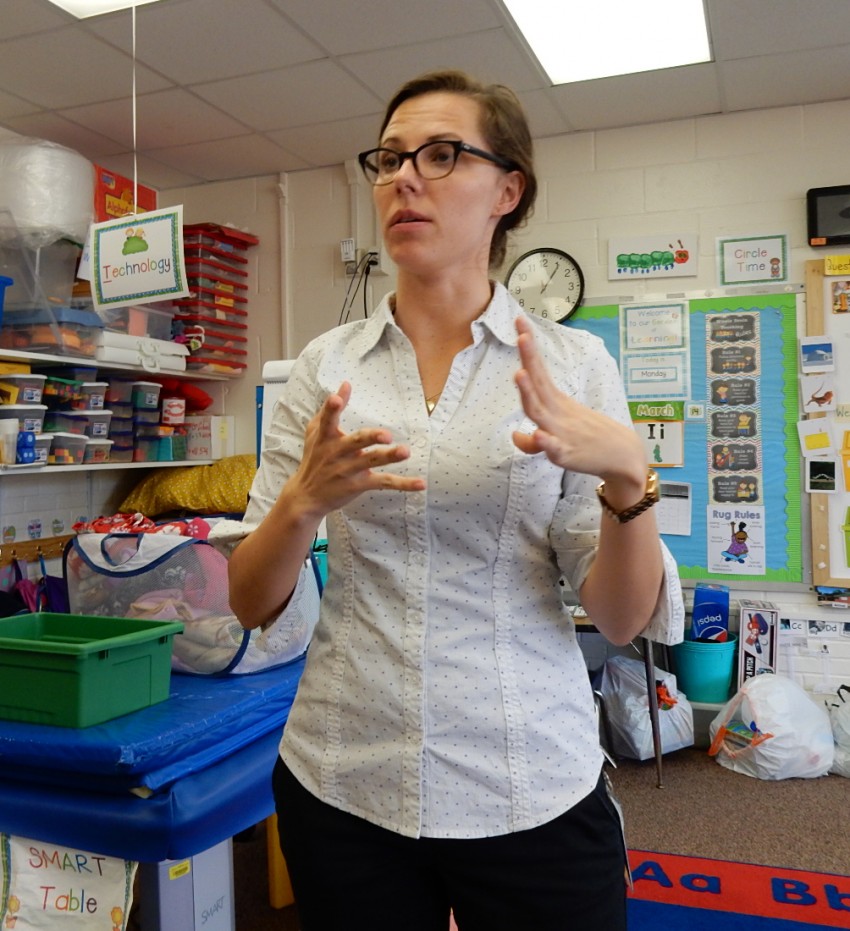 “I'm choosing students that I know that she would send to kindergarten, that's going to make some good solid kindergarten students. That's something we're experimenting with this year.”

The challenge in growing and sustaining enrollment here is that in 2013, district officials removed fourth and fifth grades from the school.

When Smith’s third-graders move on to fourth grade, they typically go to Ensley or Pine Meadow elementary schools. And often if that fourth-grader has a younger sibling, the parents move the younger child, too.

They don’t want to go, Smith says, but they do.

Faith in the school from the community is important to Lincoln Park, which Smith says is a working class neighborhood, with many grandparents who keep their grandchildren after school.

“The majority of my parents work. They just work below the poverty line, but they work,” Smith says. “They do want something better for their kids. “They want the opportunity to get something better, versus your C.A. Weis, where you have the kids coming from Truman Arms and they don't get to go out and see better. They don't know to want better.”

Smith says she has been her parents — “I was a single mother with no child support. I struggled.”

Once a nine weeks, family Science, Technology, Engineering and Math nights will continue. Smith has done book studies with groups of parents, held lapsit time for Pre_K students and parents with an activity for parents to take home at the end, hosted student reading groups in her office, along with the traditional events for father’s Day, Mother’s Day, open house and the like. 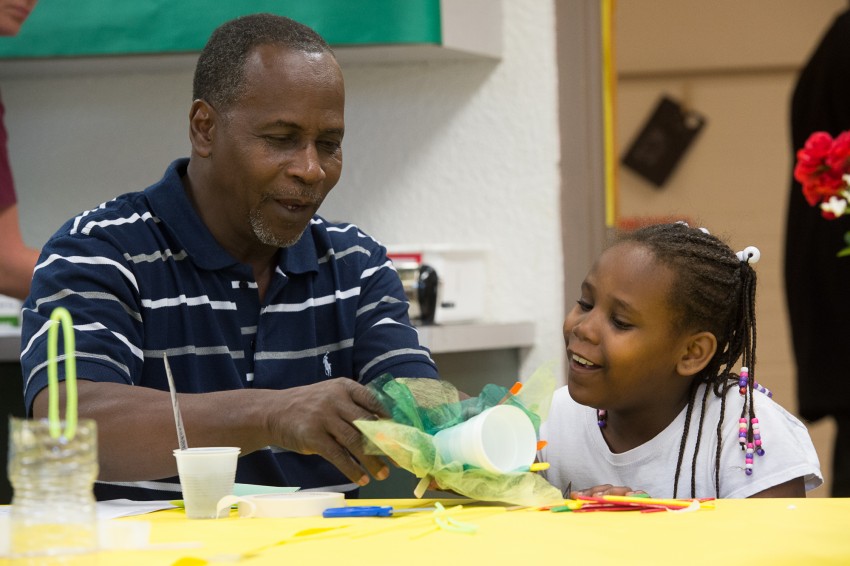 Smith has about $1,300 in Title I funding to help cover the cost of parental involvement events. On the day report cards come out, time is set aside for parents to come to the school and see their child’s report card and portfolio of work. The teachers have subs so that they have time to answer all the questions parents might have.

“Some teachers that were here when I got here, they said things, ‘you know they just come (to family night) to eat,’” Smith says. “That burns me up. “It was hard to change that mindset. I had to explain to them, most of them get food stamps. They're not coming here just to eat.

“If they have a high school child, I tell them to bring them all,” Smith says. “Bring the whole family and because I want them to be here.”