Parents find a way to help their children learn 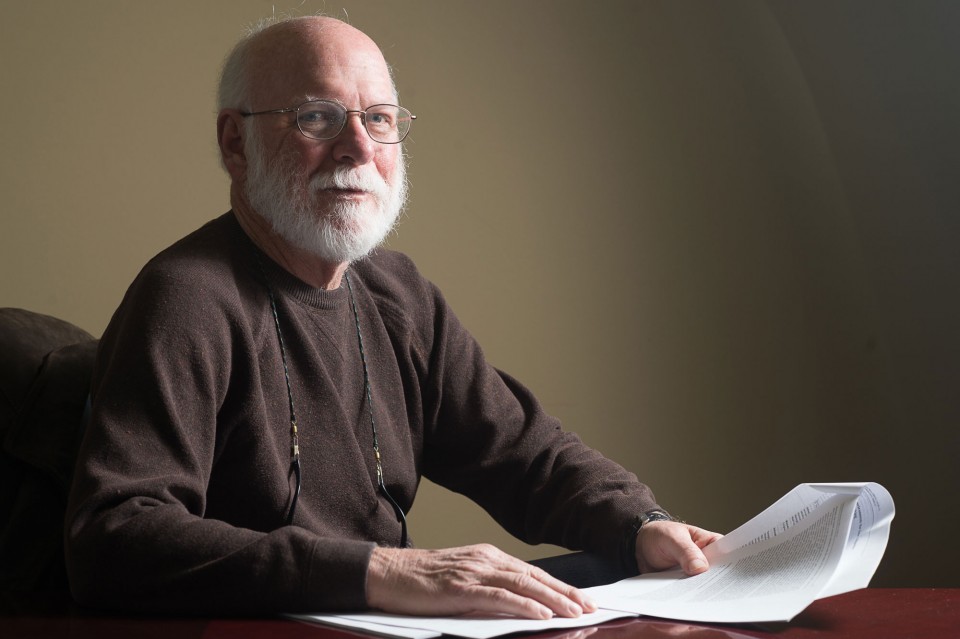 Sam Mathews at his desk

When the state Department of Education released FCAT grades in 1999, the good news was that only two elementary schools received failing scores. The bad news: Both of them — Spencer Bibbs and A.A. Dixon — were in Escambia County. Vouchers were offered to students at both public schools. Nearly 50 students and their families chose to attend one of a few nearby private schools. What about the hundreds of students who remained at the schools rated as failures? Sam Mathews had an idea. Mathews had spent decades studying, learning and teaching about human behavior as a psychology professor at the University of West Florida. He got in touch with the Escambia County School Board. The board asked him to find answers to the looming questions about failing schools, student performance and what could be done to make them better. School Board members approved $17,000 for the project, says Cary Stidham, a former board member. “I don’t remember many details about the study, but I do remember hoping that it would provide some data to improve failing schools,” Stidham recalls. Mathews and Leticia Freeland (now Groves), a UWF graduate student, spent part of a school year observing and analyzing classrooms, performing field studies and interviewing parents and caretakers. Their mission: Examine the differences between high-achieving and low-achieving students at a school rated as failing. In the 47-page report, “A.A. Dixon Elementary School: A Study of School and Families,” Mathews concluded that students under some of the most difficult circumstances can perform and excel in school with the right resources, support network and attention, regardless of their socioeconomic level and family dysfunction. The study emphasized the importance of parents’ attitudes, and their activities in the home to support children’s success in school. “As a friend of mine says, ‘It’s not rocket surgery, and it’s not brain science,’ says Mathews. “Everybody knows this, and you got to have data.”

In 1999, Sam Mathews studied fourth- and fifth-graders at A.A. Dixon. Dixon was a Title I school where nearly 100 percent of students were eligible for free or reduced-price lunch, which is used as a measure of poverty. The demographics of the neighborhood surrounding the school were consistent with those of urban communities: high levels of poverty, crime and mobility rates. All of the families Mathews tracked were families led by single mothers, with the exception of one. Mathews noted instructional strategies, teacher-student interactions, instructional materials and students’ behaviors, discipline and the general demeanor of the classrooms. The second part of the study involved interviewing the parents or guardians of selected fourth- and fifth-grade students in their homes. Teachers submitted names of their highest- and lowest-performing students. The goal was to find out how parents in high-poverty, low-income areas were able to produce high-performing students. [/sidebar]

The impact parents can have

When it comes to education, parental involvement continues to be a hot-button issue, locally and nationally. Both President George W. Bush’s No Child Left Behind Act and President Obama’s Race to the Top touted parental engagement as one remedy for persistent socioeconomic and racial achievement gaps. Mathews’ three-month study showed, despite claims to the contrary, that even in low-income, disadvantaged neighborhoods, children who had strong, engaged and involved parents performed well in school. While Mathews’ discoveries were not earth shattering, the study highlighted the importance of parental involvement in their children’s education. It also showed the importance of schools and communities stepping in to fill the gaps for students who lack support from parents, guardians or extended families. “They did what they needed to do to get help,” says Mathews. “It’s not that they have all the resources; it’s that they figured out where these resources are, and they make sure that those kids get those resources.” It was the ability to get the help they needed, coupled with committed, hard-working mostly African-American single mothers, that made a world of difference.

Parents, schools must work together

For Mathews, it was eye-opening to see parents in what was considered a dysfunctional, disadvantaged environment make education a priority with positive results. Studies show that when parents and schools work together to form a network of support, children thrive. In recent months, there has been increasing debate about the impact of parental involvement in schools and engagement in their children’s education. In a new study, “The Broken Compass,” sociologists Keith Robinson and Angel Harris argue that when parents attempt to help, they really have little impact, and may even harm their children’s grades and test scores. But as Mathews’ study showed, family engagement practices that make a difference create collaborations among parents, teachers and students and share effective strategies for strengthening students’ academic skills. Mathews says his research showed parents influence their children’s success in school through high expectations, talking to their children about school and generally working to create a positive attitude about learning and strong work habits. “The big difference was that the parents of the kids who were succeeding had figured out how to get resources for their child, were engaged with their child, knew the teacher, the principal, the counselor if need be, they were engaged with that school,” Mathews says. “Parents of the (students) who were very low-performing were totally disengaged.”

The next research step

Research indicates that when parents and families are involved in their children’s schools, the children do better and have better feelings about going to school. Parents of high-achieving students showed strong parental skills, set boundaries and maintained consistency in their children’s lives. “You create an environment in which they can see that what they do, what they control, results in a positive outcome in a domain where they have never seen that before,” Mathews says. Mathews says he came away impressed with parents who made the sacrifices to put their children’s educational needs ahead of their wants, needs and desires. “Parents who worked outside the home and returned home after the end of the school day adapted their lives to meet the academic needs of their children,” Mathews says. “We didn’t find a single, high-achieving kid who had parents who weren’t engaged in the school.” Semi-retired, Mathews still dabbles in research, doing contract work at UWF. What he’d like to do is to get parents or guardians of high-achieving students together to share with other parents their secrets of success. “How can you help these other folks make it work?” says Mathews. “That’s what I think will be a real interesting experience.”