Poverty's no excuse, but it does matter 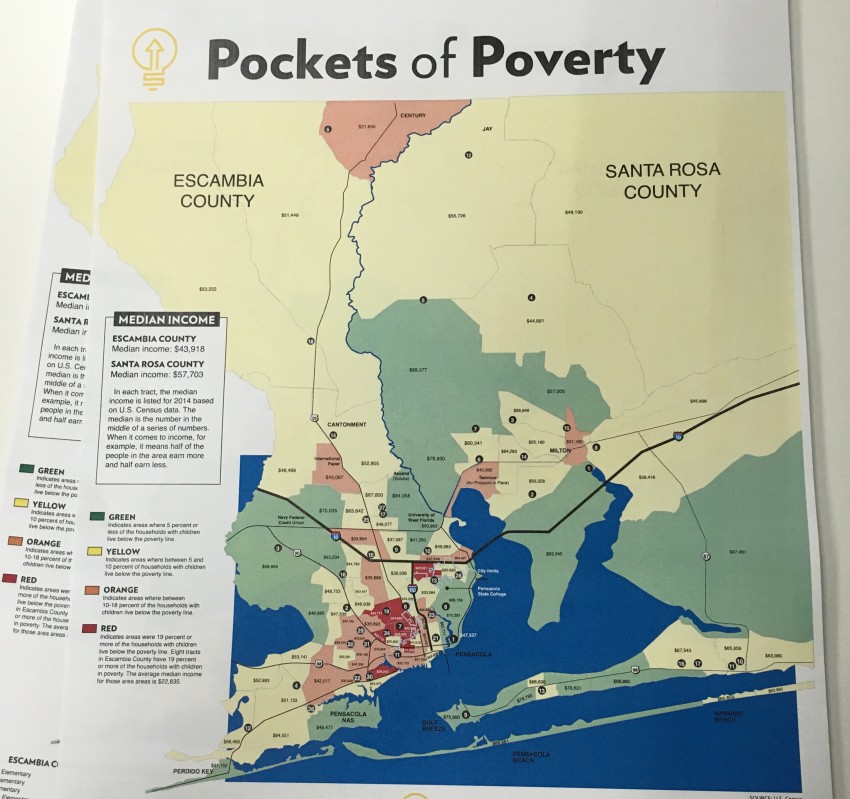 The stain has been with us from the beginning.

When Gov. Jeb Bush announced the first-year results of FCAT, there were only two failing schools in the state.

Both in Escambia County.

The plights of A.A. Dixon and Spencer Bibbs elementary schools were played out on front pages and TV screens across the state. Everybody and their cousin had ideas about how to fix these F schools and public education.

If you listened to state legislators, the fix sounded simple. You first rewarded teachers at A schools with bonuses, because this would encourage teachers at F schools to work harder so they, too, could get bonuses.

Next you weeded out the bad teachers, because they obviously were the yoke that dragged down the low-achieving F schools. And then you offered parents vouchers — cash — to yank their children out of the F school so they could place them in private schools.

The reason we were doing this as a state was because Jeb Bush had won the governor’s race in 1998 by promising to reform public education. Florida had one of the worst high school graduation rates in the nation. Too many businesses were taking their jobs to other states because Florida didn’t have the educated workforce that companies needed. But here’s what stood out to me back in 1999, the first year of FCAT.

— Dixon and Spencer Bibbs had the worst economic demographics of any schools in the state.

— Of the 134 elementary schools in Florida in which at least 90 percent of the students qualified for free or reduced-price meals, 126 received a D grade and two received an F. Only six earned a C grade or higher.

— In Escambia County, the 10 elementary schools with the poorest student populations were rated a D or F by the state.

Yet nobody wanted to address this. “Poverty is not an excuse,” was Gov. Bush’s response.

Now, here’s what stood out to me in 2014, the year Florida abandoned the FCAT:

— Ten of 11 elementary schools in Escambia County with the poorest student populations were rated a D or an F. The lone school to score higher, the Global Learning Academy, earned a C.

Poverty may not be an excuse, but it certainly seems to play a role in school and student performance.

The real lesson of FCAT is this:

Too many children from poverty-stricken areas show up for their first day of school two and three years behind students who live in more affluent districts.

Jim May, who was Escambia County’s school superintendent in 1999, said the problem at Dixon and Spencer Bibbs was that students started school so ill-prepared that the children spent their first few years in elementary school playing catchup. The real problem, he said, happened before children even showed up for kindergarten and first grade. What was true in 1999 is still true today.

In Escambia County, just 66 percent of students show up for school kindergarten ready. The other 34 percent don’t know their colors, how to hold a crayon or spell their name.

For the past several months, the Studer Community Institute has been working with the Pensacola News Journal to produce a report on early learning.

Over the next three Sundays we will be reporting on a multitude of local, state and national initiatives designed to help children show up for their first day of school ready to learn.

Despite paying a British company $250 million to administer FCAT between 2009 and 2013, it seems more and more obvious that standardized testing is not the answer. Early learning? Perhaps.

It’s a key reason that Quint and Rishy Studer have pledged $50,000 for the best ideas to improve kindergarten readiness in Escambia County.

By helping parents help their children show up for kindergarten ready to learn, we raise children’s odds of graduating from high school on time.

It’s the single-most important step we can take to fix public education.