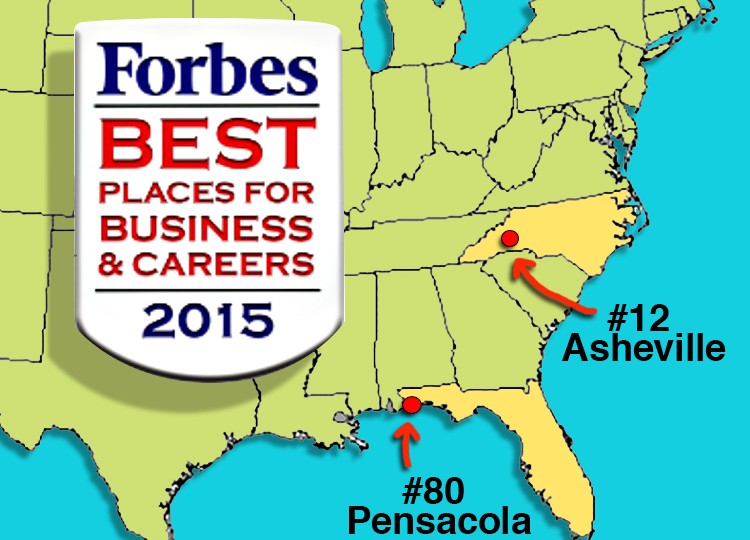 Forbes Magazine’s 2015 list of the top cities for business and careers ranks Asheville, N.C., as the 12th best place in the nation.

But in the late 1980s, Asheville had a boarded up downtown that did a better job of attracting pigeons than people. Then as the ‘90s arrived, the right combination of entrepreneurs and opportunities came together to create one of the most celebrated downtown revitalizations in the country. 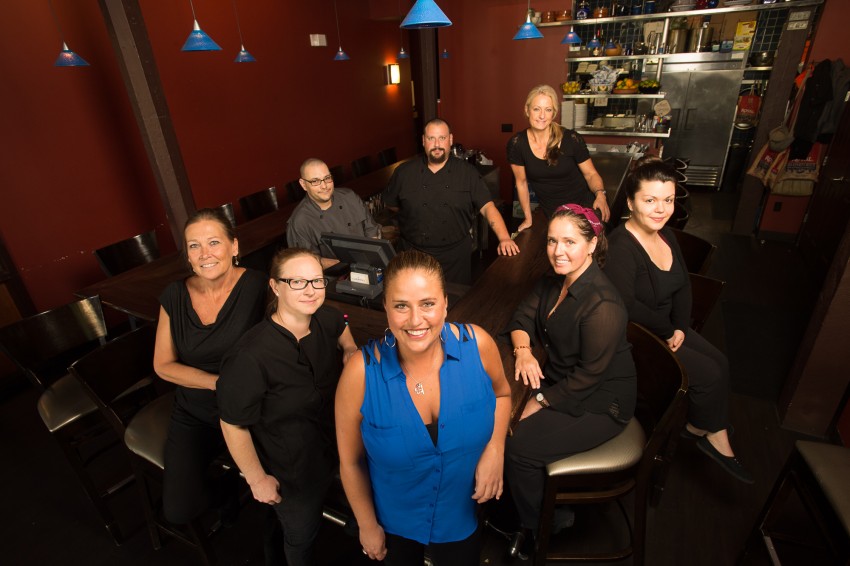 The challenge drew 111 applicants who submitted business plans in an effort to win a $50,000 start-up package.

The visit to Asheville also sparked the idea for the Greater Pensacola Entrepreneur Fund that the Studers recently established with $250,000 in seed money.

“Asheville figured out that it needed to grow its own entrepreneurs and small businesses to be successful,” said Quint. “I was impressed by how the chamber and other organizations in Asheville helped people find capital as well as the right training and support to get their businesses up and running.”

The vision behind the Business Challenge, the Greater Pensacola Entrepreneur Fund as well as the Studer’s recent $1 million investment in the University of West Florida’s new Center for Entrepreneurship is to develop that kind grow-your-own culture in the area’s economy.

It’s also the motivation behind EntreCon, a two-day conference in November that brings together seasoned entrepreneurs from around the country to talk about their experiences launching a startup and growing their business.

“Entrepreneurs are the key to moving this community forward,” said Studer. “They’re the ones who will create the jobs and paychecks that will improve our quality of life.”

EntreCon is sponsored by the UWF Center for Entrepreneurship, the Florida Small Business Development Center Network, the Greater Entrepreneur Fund and the Studer Community Institute.

All these organizations are coming together to build a grow-your-own culture in the local economy. As Studer pointed out, it’s that kind of culture that turned a boarded up downtown Asheville into the 12th best place in the country for business and careers.

“The cities that do well are the ones that are creating jobs,” said Kurt Badenhausen, a senior editor at Forbes. He’s the one who crunched numbers on 401 metropolitan areas in the country to come up with the magazine’s 17th annual list of the Best Places for Business and Careers.

“Strong job growth resonates into so many other areas of a community, like schools and quality of life,” said Badenhausen. “It’s the key driver of a successful city.”

Of the 401 metros in the country that appear in the Forbes best-places list, Pensacola shows up at number 80. In 2010, Pensacola came in at 111. The rise of small business and entrepreneurs is a major reason for Pensacola’s climb on the list.

“Entrepreneurs play a very significant role because they are the ones creating jobs,” said Badenhausen. “Most people work for small businesses. They don’t work for a Google and Apple. Small businesses and entrepreneurs are the foundation of the American economy.”

That, says Quint Studer, is the vision behind the investments he’s making in the community, especially in UWF’s Center for Entrepreneurship and the Greater Pensacola Entrepreneur Fund.

“The surest way to improve people’s quality of life is to grow our own entrepreneurs,” he said. “And we don’t want to just start new businesses, but also help existing small businesses grow. The more jobs we create, the more Pensacola will become one of the best places to live.”