The more children hear, the more they learn 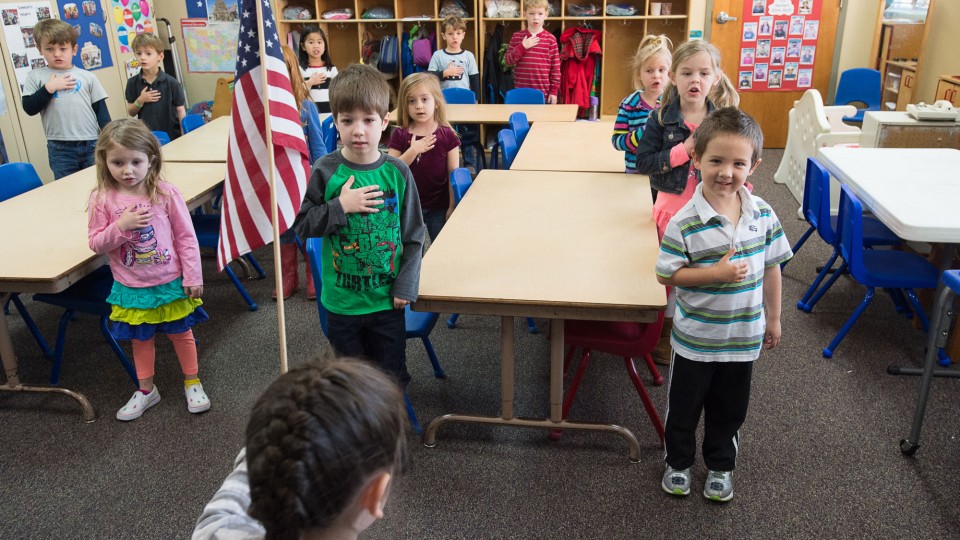 Thirty million words. That’s the difference between poor children and their better-off classmates. It boils down to that number in programs from the South Side of Chicago to the Pensacola Metro. It comes from a study by child psychologists that found by age 3, poor children hear 30 million fewer words than children from better-off families. This leads to poor children lagging academically, being weaker readers and falling behind in school.

Dana Suskind founded Thirty Million Words at the University of Chicago Medical School to drive awareness of the achievement gap and promote strategies to close it. The Hart and Risely study is what everybody talks about, Suskind says, because it is the study that revealed the 30-million-word gap.

“It’s one sentence in a rich science that says how parents interact with children impacts the way brain processing develops,” she says. “It’s really about helping parents understand how important they are in terms of how they can grow their children’s intelligence.”

Suskind is a professor of surgery and pediatrics and director of the Pediatric Cochlear Implantation Program at the University of Chicago. She found that deaf kids who got cochlear implants — and whose families spoke more words to them — gained language skills faster than those who didn’t. In April, Thirty Million Words was named partner in a $19 million study funded by PNC, a Pittsburgh-based banking company, through its Grow Up Great initiative. Suskind was invited to the White House to participate in a summit called by President Barack Obama to discuss the importance of early education. Suskind and her team’s research is conducted with Head Start families in Chicago. Its lessons apply to every community. The science is clear that early childhood — often overlooked — is the foundation of 85 percent of all brain development, Suskind says. “Ages 0 to 3 are even more important (than the voluntary pre-kindergarten age),” she says. The 30 Million Word Gap Betty Hart and Todd Risley’s project followed 42 families in three income levels for three years to record the number of words spoken to children in those households. The key findings:

The number — 30 million words — makes a good headline. But Suskind says what the initiative does is about more than the number.

“Our research program is based on strong science that shows that parents are the foundation of language development,” she says. “We call ourselves Thirty Million Words because that’s the thing that gets people’s attention. But it’s more about quality of the interaction between parent and child than it is about the number. Interaction with children is the food for the developing brain.”

The initiative works with families to teach parents the skills they need to be better teachers themselves. That includes things like The 3T’s:

The initiative’s website features testimonials from parents who have gone through the program. One mom, identified in a video testimonial as Shurand, says the program has taught her the importance of stretching the sentences she says with her daughter with more information or of letting her daughter ask questions about books as they read them together.

“Before the TMW project, I did not know your child’s learning process starts now, from 0 to 3. I always thought it started at 5 when she starts school,” Shurand says. “Even though I wasn’t so good in school, it gave me a boost of confidence to teach her the things that I do know.” Shurand’s experience echoes the videos of other moms who participate in the project, Suskind says.

“Lots of them say, ‘I didn’t know that I could make a difference.’” Suskind says. Thirty Million Words uses individual and group interaction to help teach parents the power they have. It also uses word pedometers, which record the number of words a parent says to a child. The results are shared with parents during weekly meetings.

The program partners across the city with the public health agencies, pediatricians’ offices, children’s museums, wherever they can.

The next step is to expand the approach to childcare centers, bringing providers into the loop as well. The PNC grant will support a five-year study to follow between 200 and 250 children from age 15 months to 5 years to monitor vocabulary development and school readiness.

“We believe you really need to be able to measure differences,” Suskind says. “Unless you can show that you are making it better, you’re just continuing a program to make you feel better. We want to be able to show what works, and if something doesn’t work, say so and move on to something that will.”

The heart of Thirty Million Words remains the same. “It’s really about wraparound support for the families,” Suskind says. “By age 4, children living in poverty are already six months behind. You are already playing catch-up from the very beginning, even in a voluntary pre-K program that is funded four hours a day.”

Suskind mentions researcher Ian Frenald, whose findings show that children’s ability to process language is slower when they are exposed to less language. “I think too often people don’t realize that intelligence is something you develop; it’s not something you’re born with,” Suskind says. “It is developed based on interactions with parents and caregivers.” TV, she says, doesn’t help. “We’re really social animals,” she says. Learning is strongest when it is connected to something and shared with another person. Those connections aren’t as strong when the lesson comes from a TV or computer screen. Suskind and her team tirelessly work to emphasize that children become smarter by talking and interacting. Every sound or garbled word they utter is worth responding to. Suskind hopes that the evolution in the national conversation about early learning from the perception of glorified babysitting to real educational opportunity is progress in a long journey toward legitimizing early education. “I think we need to stop studying what the problems are because we know what the problem is,” Suskind says. “We need to help the parents.”