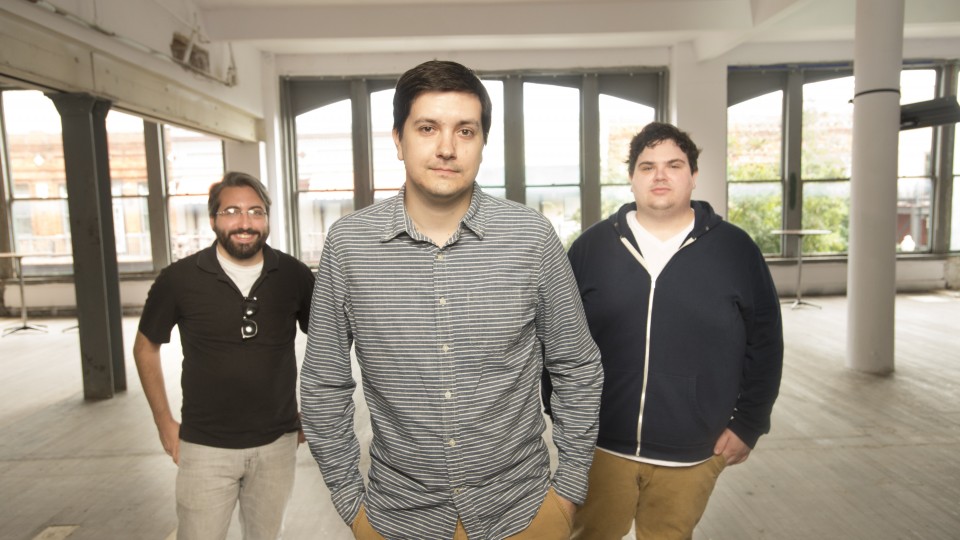 You might think again – and meet the fleet: a personalized pack of sky-blue carrier pigeons, each with name and bio, trained and waiting to deliver your message.

As their handlers assure you, “Pigeon is completely immune to cyber interception, and all messages are deleted from memory once sent. Everything is handled in the cloud, so you can send messages from anywhere.”

And imagine the thrill when your pigeon-tabbed pen pal hears a squawk at the door, catches a rustle of feathers and revives a renaissance moment.

Believe it could happen? You’d be wrong, but you wouldn’t be alone.

The faux-pigeon idea, estimates a creator, initially was taken for fact among about 50 percent of its page scanners on business websites such as Hacker News, Designer News, Product Hunt and Motherboard.

“They signed up in droves,” says Brian Baggett, partner in the quartet that perpetrated the carrier pigeon fantasy.

On Hacker News, where the creators’ posting briefly made the front page, about half of the community responded extremely well, says Baggett. “They got the joke and perpetuated it.”

Posted one enthusiastic follower: “Please let this be real.”

“The first wave of interest came from Australia and New Zealand and Europe, from an article on a British website.” Fly Pigeon received some 30 press requests, most of which were declined.

Professors wanted them to talk to their classes. An English freelance journalist based in San Francisco was interested in featuring Pigeon in his weekly column for Denmark’s national newspaper.

Kai Ryssdal featured a Pigeon news report on NPR’s Marketplace program, which aired in Pensacola. And Pigeon was mentioned in the MIT Technology Review.

The website has entertained about 65,000 page views; some 300 concurrent users consistently view the site.

“We’ve had a number of shout-outs from twitter followers’ accounts,” notes a Pigeon page roundup.

Initially the Pigeon team posted the fun story on Designer News, “as a way for us to get feedback from design digital art professionals,” says Baggett. “We got some initial feedback we could use and then we posted it to various other websites.”

And that initial feedback was the point of the Pigeon creation – the pretend company, the fun/fake story on their blog, the subsequent postings on business websites. And the digital world took it from there.

“We did Pigeon as a sort of experimental exercise, to learn about launching a startup,” says Baggett.

Why the practice effort? Because there is a real company (really) to come, notes the crew.

It will be launched in March 2016; the name is Narro Inc. It will be an Internet-based automated phone system for businesses, “customizable and the first-ever Freemium phone system,” says Baggett, referring to the pricing practice of providing a service for free but charging for proprietary features.

“We’re going through the process now of branding.”

Meanwhile, Baggett confesses there was another reason for the launch of Pigeon as a trial effort.

“It was to poke fun at the startup community,” he admits, without apology.

New business wannabes often spend vast amounts of time hyping their product before it’s fully formed, he observes. So in the spirit of satire, “We decided to make something that literally was only hype. We never trained any pigeons.”

Dozens of website fans appreciated the humor, and some even urged that the Pigeon presentation be posted on the front page of prestigious websites such as Hacker News and Product Hunt, although website rules tended to cause such postings to be declined or  short-lived.

Other people, meanwhile, reports Baggett, didn’t appreciate the satire, complaining, “How dare you make fun of the startup community?”

The Pigeon creators are now following their own prescript on startup development: Make sure your product is fully ready before you introduce it.

The team that worked on Pigeon has the background to develop a technology business: Baggett was account manager for four years with a software company that was active in Pensacola, then moved to Atlanta; Turner worked for LocalBox technology company in software and marketing; Sanders is a freelance writer and videographer; Myers is a local entrepreneur, founder of Invoking Media.

Founders for the upcoming new business will be working for the next several months to bring Narro to market, an effort more intense than the one-week endeavor which managed to hatch and wing the Pigeon idea.

But this next time, they insist, they’re serious.