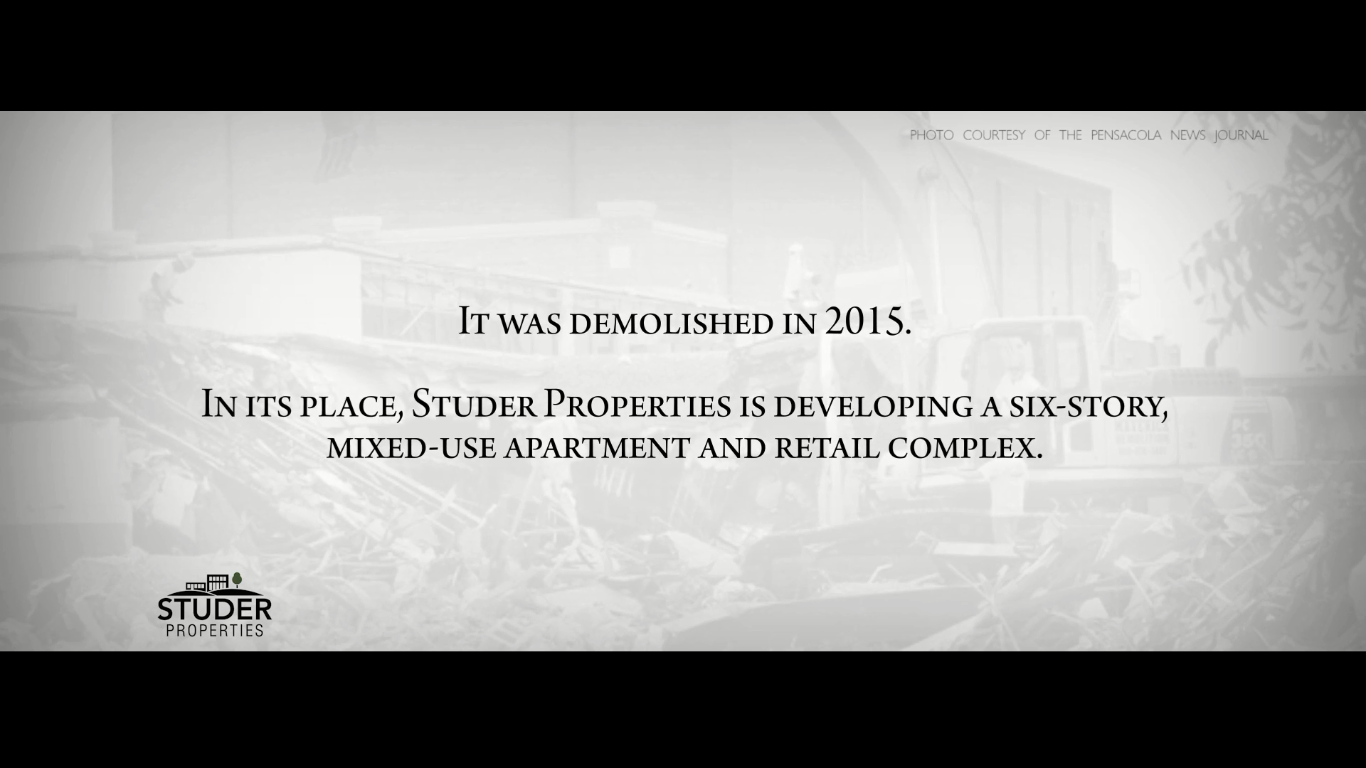 In just a year or two, downtown Pensacola will have a new look, thanks in large part to a building boom that includes a $50 million, 260-unit apartment and retail building planned for the former Pensacola News Journal site.

The site at the corner of Jefferson and Romana streets is being developed by Studer Properties and should be ready for occupancy by late 2016. Quint and Rishy Studer purchased the site for $3.4 million in 2013.

The apartments will increase housing density, add retail businesses and fuel growth that is making Pensacola's city center thrive as a livable, walkable downtown, which will improve the quality of life in the community.

It will be across the street from a new branch of the Northwest Florida YMCA, a $15 million, 52,000 square foot facility with an aquatic center, a gymnasium, a wellness center, group exercise space, a KidZone, a demo kitchen, and multipurpose rooms that can be used for a wide variety of programs and events.

It is near the expansion of the Florida Institute for Human and Machine Cognition, an $8 million project now under way and neighbors the Blount and Brent buildings, bought this year by Bobby Switzer for $7.5 million to be renovated.

How are the apartments progressing? Photojournalist Michael Spooneybarger has been working for months on a time-lapse photo project to document the project's progress.