Shannon's Window: The power of learning through play 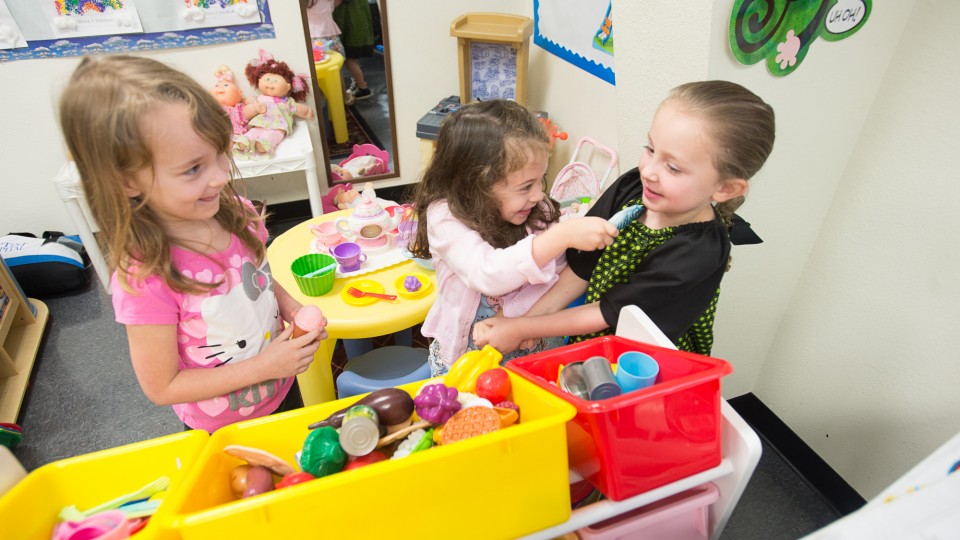 What if everything you needed to know in life you really did learn in kindergarten, but none of it was evaluated on a state standardized test? Would it still count?

A study released earlier this year and funded by the Robert Wood Johnson Foundation hints that the answer is a resounding yes.

The study was published in the American Journal of Health and it reports the results of a 20-year-long study of kindergartners from four cities — Durham, N.C., Nashville, Tenn., Seattle, Wash. and central Pennsylvania.

These teachers partnered with researchers from Duke University, Vanderbilt University, the University of Washington and Penn State University for in something called the Fast Track Project.

Fast Track is an intervention program that focuses on helping children build their academic and social interaction skills with the idea that growth in both will pay dividends later in life.

In the study these teachers rated 753 kindergarteners on eight “social competence skills” in their classroom interactions. The children were ranked on how things such as “resolve peer problems,” “listens to others,” “shares materials,” “cooperates” and is “helpful.”

Fast-forward two decades, and researchers found that the kids who scored well on social competence back then, were as adults:

— Four times more likely to obtain a college degree as those who scored low social competence.

And for every one-point increase on a five-point scale in the child’s score as a kindergartener they were:

Edutopia is a best-practices education resource site funded by the George Lucas Foundation, which means some of your “Star Wars” money over the years has gone toward its efforts to improve the education of the whole child.

“These findings confirm what a growing body of research tells us about the importance of investing in children's social competence — and sustaining those investments,” wrote Jennifer Ng’andu on the site recently. “They also tell us how much is at stake when our children lack the necessary social and emotional foundation for a healthy start in life.”

There are 30 standards on an Escambia County kindergartner’s report card.

They cover everything from understanding the relationship between numbers and quantities, to identifying (with support) the setting, major plot points and characters in a story.

Only one of them refers to the child’s ability to take turns while speaking and listen well when others talk.

By the end of kindergarten, there are 72 sight words a child must be able to recognize and read fluently.

They must be able to use a combination of drawing, dictating and writing to compose and informative or explanatory text in which they name what they are writing about and supply information about the topic.

By the second nine weeks of school they do basic addition and subtraction, follow multiple directions to complete a project and order objects from biggest to smallest or vice versa.

All of those things are important to learn and will serve them well as adults.

So will the things that that Fast Track Project stresses.

Finland’s kindergarteners don’t receive nearly as much reading instruction as American students and none the worse for wear because of it.

In fact, the Finnish education system is ranked among the top five in the world.

Meanwhile back here in Florida, we are rolling out a new evaluation system to gauge a child’s kindergarten readiness. It will be administered by voluntary prekindergarten providers beginning this year.

On each objective, teachers must enter an observation for a child and gauge the level the child performs at — does the child do that task “always,” “sometimes” or “never.”

Wonder what the score would be if we ranked how much play-inspired learning time those 4-year-olds are getting.

Other countries embrace a more social, even play-oriented version of kindergarten, something research indicates can make learning longer-lasting and more meaningful.

Because it’s fun. Which makes you want to do it more.

Even a 5-year-old gets that.